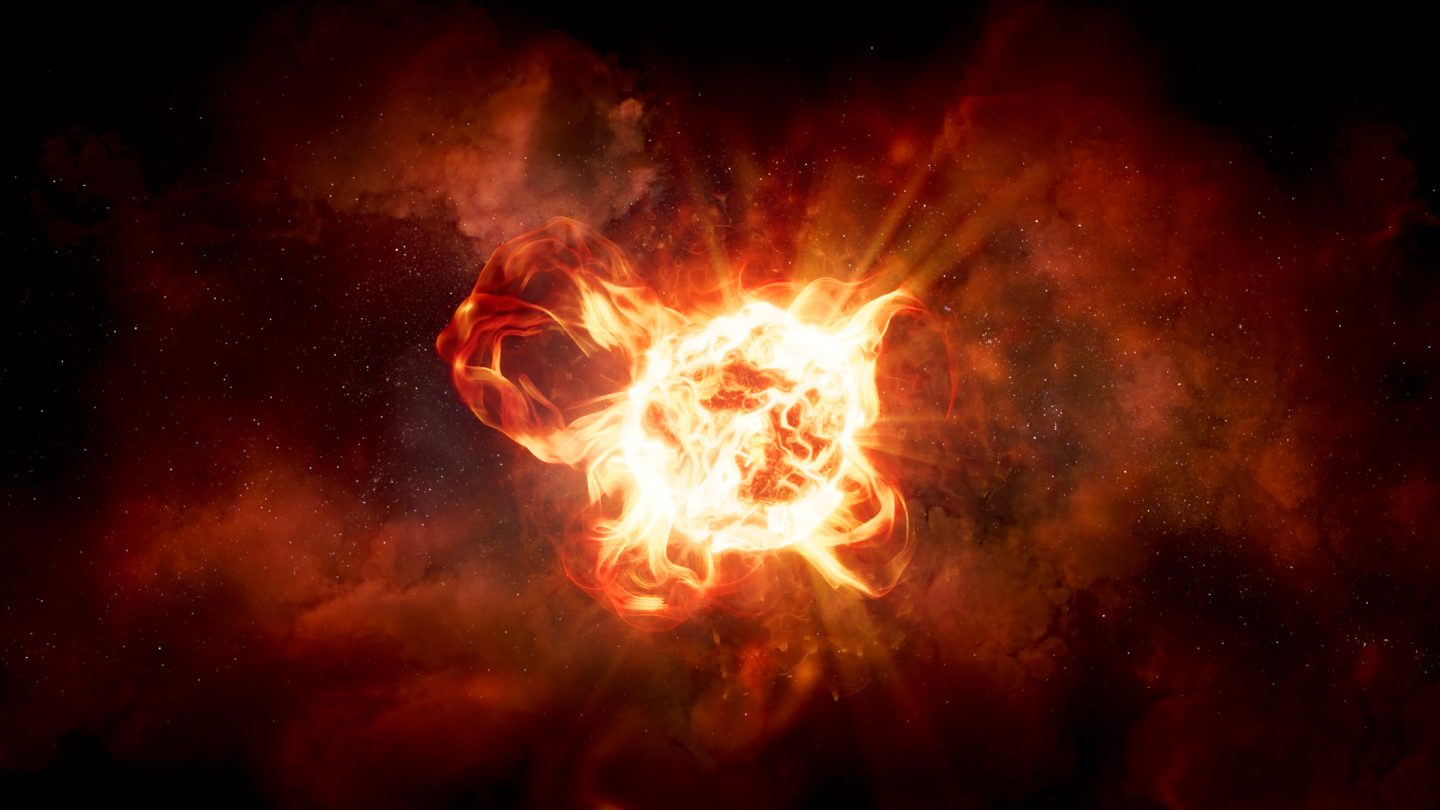 The Milky Way’s largest star is slowly dying, and all astronomers can do is watch. Of course, even if we could get to VY Canis Majoris, there isn’t much we could do to stop the death of a star. In this instance, at least, observing the star’s death could help us better understand what happens when red hypergiants die.

VY Canis Majoris is a massive red hypergiant. And it’s often considered the Milky Way’s largest star because of its insane size. While spectacular in its own right–the star is over 1,000 times more massive than our Sun — this star has also captured astronomers’ attention because of one simple truth: it is slowly dying.

Extreme supergiant stars like VY Canis Majoris are rare. In fact, we only know of a few that exist within our galaxy. Some examples you might recognize include Betelgeuse, which is situated in the Orion constellation. Another can be found in the Cygnus constellation. Because they are so rare, there’s actually very little we know about these stars, including what happens to them when they die.

Now, a group led by researchers from the University of Arizona is trying to learn more about these massive stars. So far, they’ve traced the molecular emissions in its outflows. This has allowed them to create the first detailed map of the star’s envelope. Previously many believed that celestial objects like the Milky Way’s largest star turned into supernovae upon their deaths. But that may not be the case.

What happens to red hypergiants when they die?

Lucy Ziurys, a researcher with the University of Arizona, says nobody has been able to make a complete image of the Milky Way’s largest star, or any red hypergiant, yet.

Ziurys and the other researchers say red hypergiants like the Milky Way’s largest star may turn into black holes when they die. A supernova is still possible. However, Ziurys says that if all red hypergiants turned into supernovas, we would likely see evidence of many more of those events.

Since we don’t see that many supernovas, it is indeed possible these massive stars simply turn into black holes when their time runs out. Unfortunately, we’ll need to uncover more details about them before we can say for sure.

This is where the astronomers come into play. They’ve now created a model of VY Canis Majoris. Now we can study that model. And, eventually, when the largest star in the Milky Way calls it quits, we can see how that data stacks up to the real thing.