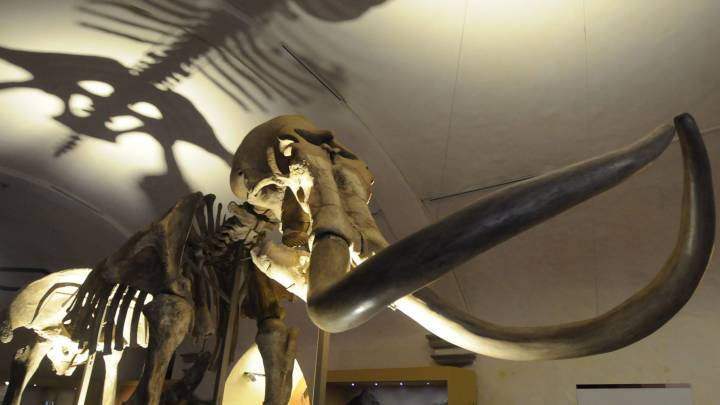 Archaeologists have unearthed a bizarre monument built by ancient humans in Russia. It’s a large circular structure built using the bones of a creature that no living human has ever seen: a mammoth. The best part? Nobody has any idea what it was used for why it exists in the first place.

Other mammoth bone monuments have been found in Russia in the past, though this particular location has the others beat in terms of size. At a whopping 41 feet across, it’s quite large, but figuring out who made it and why are proving difficult.

The best guess at this point is that the mammoth bone structures littered across the region were the sites of homes or other shelters. This supersized example dating back 25,000 years could have provided safety from the elements for several people, but was that really its primary use? That’s a question researchers are still trying to answer.

The circular monument that survived through to today doesn’t offer many clues. There doesn’t appear to be designated entrance, and its circular shape suggests it may have had a purpose beyond mere shelter. Inside the circle, the team was able to find evidence of burnt wood, suggesting the structure may have been used during the frigid winters.

“Mammoth bones are very heavy, and building the circular structure represents a huge investment of time and energy by the humans that built this,” lead author Alexander Pryor said in a statement. “It clearly meant something to them, and there was very likely a ritual element to it, even if the structure ultimately had some sort of practical purpose too.”

The structure includes the remains of a huge number of mammoths. The team counted an incredible 64 mammoth skulls and 51 mandibles. That’s a whole lot of hunting and hauling for the purpose of building it, and suggests that the ancient humans were wiping the animals out in huge numbers.

Along with the mammoth bones, the researchers were able to find clues as to what the site’s residents were eating besides plenty of mammoth meat. “We found pieces of soft plant tissue typically found in edible roots or tubers, hinting at a plant food component in peoples’ diet,” Pryor reveals. “These finds are important because they illustrate how our human ancestors adapted to survive the harsh environments of the last Ice Age by making use of the resources they found around them.”

It’s an interesting window into the lives of ancient humans, and even if we don’t know exactly why it exists, the fact that we found it 25,000 years later is something pretty special.