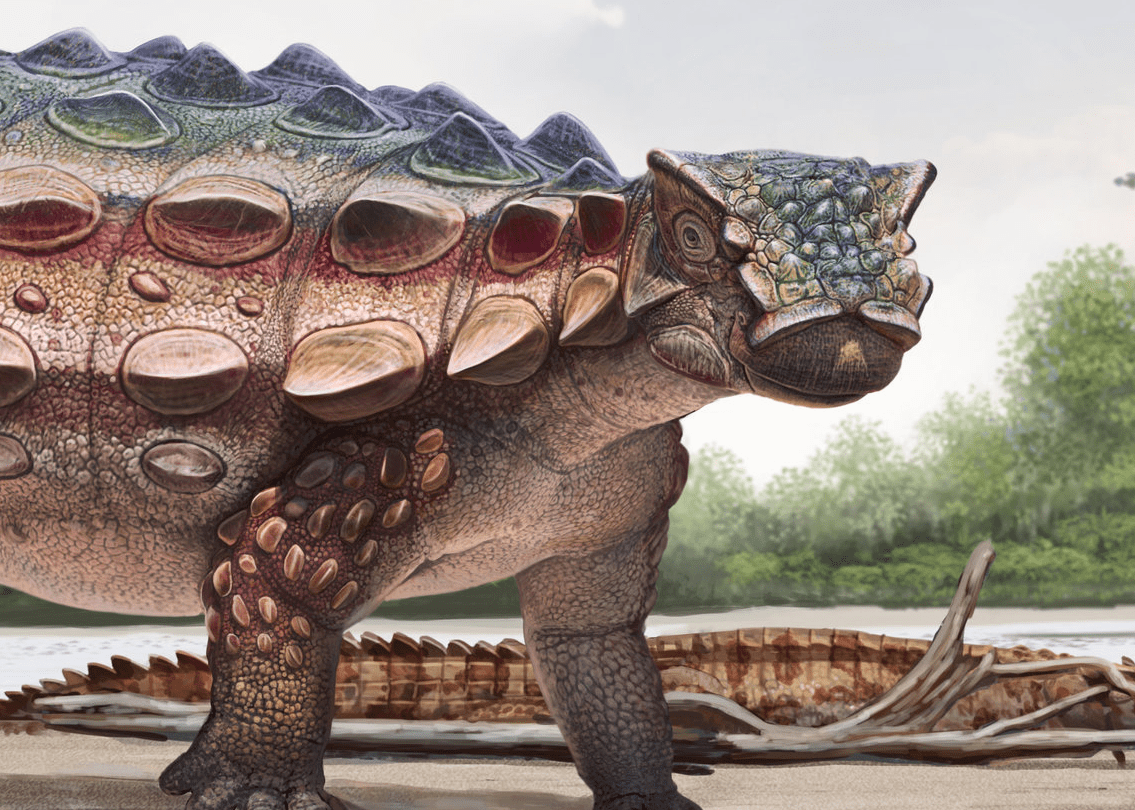 Living in the Cretaceous period would have been pretty darn dangerous for pretty much any animal. Dinosaurs were out in full force, and massive carnivores ruled the land with sharp claws and even sharper teeth. Herbivores had it rough, and the ones that managed to survive did so either thanks to their incredible size or a wealth of armor. A newly discovered species of ankylosaur called Akainacephalus johnsoni is a perfect example of the latter.

Researchers first discovered the fossilized bones of this new dinosaur some time ago but have been carefully piecing it together for years, and now it’s finally ready for its time in the spotlight. The research was published in PeerJ (PDF).

Like other species of ankylosaur, Akainacephalus johnsoni had thick plates of bony armor covering parts of its body. The hardened sections that these kinds of dinos are so well-known for would have been a great defense against some of the larger carnivores of the day, but this new species seems to even more well-protected than most.

The remains of the specimen include much of its head and neck, and researchers were excited by how different the creature looks when compared to other ankylosaurs. The head of the animal was almost completely covered with pyramid-shaped plates and spikes, and a large horn-like protrusion above each of its eyes gives the creature a very unique appearance.

Along with the skull, researchers were able to recover several additional bones from the dinosaur’s body as well as much of its tail and the iconic clubbed tail. As a herbivore, the creature would have probably preferred to avoid conflict whenever possible, but it still packed some serious weaponry in the form of its tail, just in case it got into trouble.

This new dinosaur was discovered in what has become a serious hot spot for fossil hunters in recent years. A wealth of bones has been pulled from the location, called the Kaiparowits Formation and situated in southern Utah, and this new ankylosaur will surely help the to draw even more attention to the site.