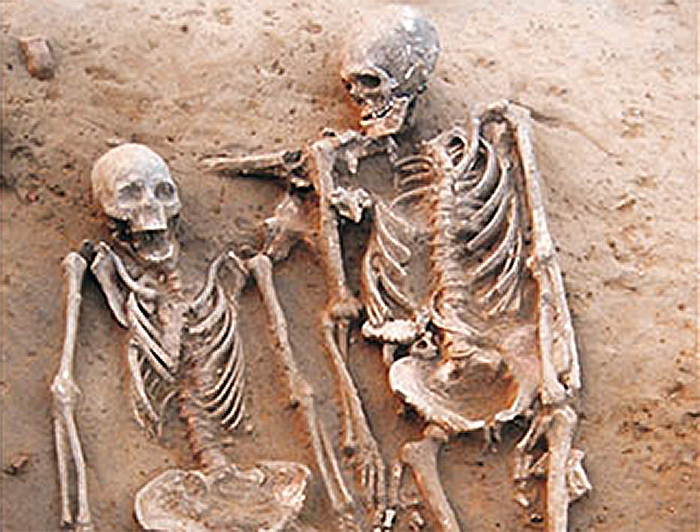 A discovery by archaeologists at a dig site in India has led to a years-long investigation into the deaths of a pair of long-dead lovers. A new research paper describes the discovery of two skeletons which were found side by sided in a grave thought to originate as far back as 4,500 BC.

The remains were found by researchers while excavating a site north of New Delhi, along with the skeletons of several others, but it’s the tale of the shared grave that has captured the most attention. The two individuals, a man in his 30s and woman in her early 20s, are now thought to have been married, but scientists are still left guessing what caused their deaths.

A twin burial isn’t entirely unusual, but the circumstances that led to this particular pair dying at the same time has been a major question for researchers. As CNN reports, scientists have been able to make a few educated guesses as to how the two met their respective ends.

“Observation revealed that they died at the same time and they were buried at the same time,” archaeologist Vasant Shinde explained. “They were intimately placed in the burial, so we thought maybe they shared [a] very intimate relationship.”

However, an everyday affair wouldn’t have been reason enough to see the two buried side-by-side, so the team believes that the man and woman must have been in an official union. However, it’s not thought that the female sacrificed herself in the wake of her husband’s death, as was sometimes the case.

Neither of the skeletons showed obvious signs of any condition that would have led to their deaths, so the researchers were left wondering. Their best guess is that the two may have died from heart failure or a related ailment. Their deaths must have occurred within a short time of one another, and as such they were buried as one.