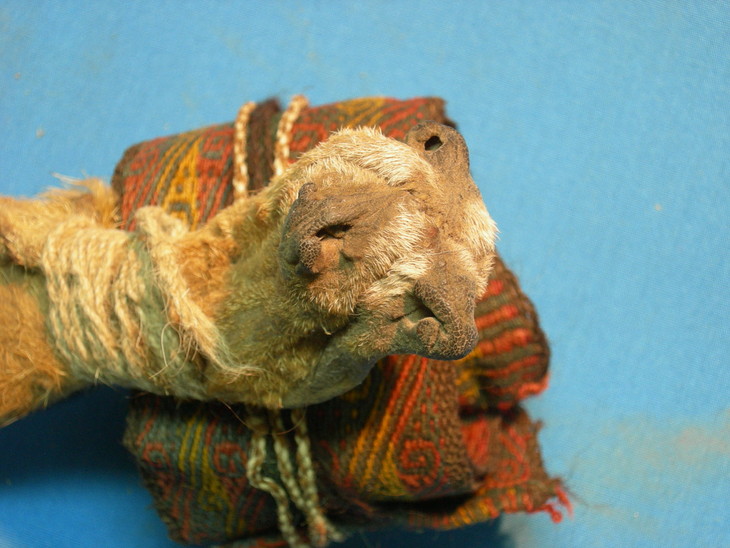 Humans who lived 1,000 years ago could never have imagined the incredible advancements the subsequent centuries would bring. What we consider to be our mundane daily routines would be utterly mind-blowing to our distant ancestors but, as a new discovery in South America makes perfectly clear, humans who roamed the continent 1,000 years ago had some of the same vices that we do today.

A new research paper published in Proceedings of the National Academy of Sciences reveals the discovery of what archaeologists are calling a “ritual bundle” which contained a number of psychotropic substances, including cocaine and possibly magic mushrooms.

The research team was hunting for ancient artifacts in Bolivia when they came upon a burial site with a number of items, including a bag made from three fox snouts, tablets for grinding plants into powder for sniffing, and a crude tube used as a pipe for smoking.

“We already knew that psychotropics were important in the spiritual and religious activities of the societies of the south-central Andes, but we did not know that these people were using so many different compounds and possibly combining them together,” Jose Capriles, assistant professor of anthropology at Penn State, said in a statement. “This is the largest number of psychoactive substances ever found in a single archaeological assemblage from South America.”

Radiocarbon dating suggested the artifacts were around 1,000 years old, and samples from inside the bag revealed the presence of a cocaine metabolite, traces of DMT, and what appeared to be a compound found in psychedelic mushrooms, but the researchers couldn’t be sure of that last part.

What’s particularly interesting about this discovery is that the plants found in the ritual bag aren’t known to have grown in the area in which the artifacts were discovered. Where they came from — either via a trading system covering a massive area, or by the personal travels of this particular individual — is anyone’s guess.