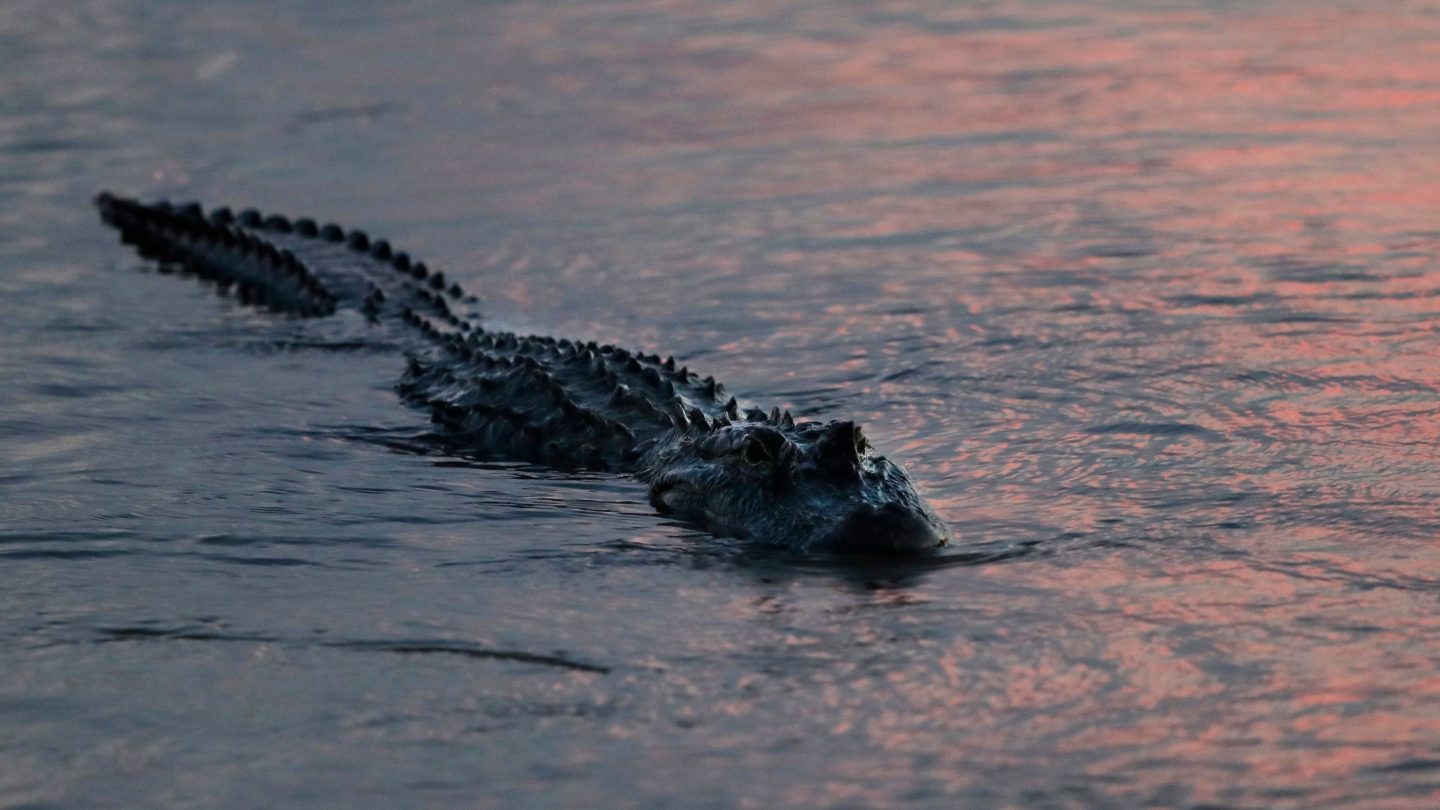 For residents of many southern U.S. states, alligator sightings are a common occurrence. The large reptiles love bodies of water of all sizes, and it’s not unusual to see one or several of them hanging out in ponds and lakes, but one particular gator is causing quite a stir in Fort Bend County, Texas.

As far as anyone can tell, the animal hasn’t caused any damage or posed a threat to locals, but it does sport one curious feature: a massive knife sticking straight out of its head. Now, locals are urging wildlife management officials to do something about the creature or, more specifically, give it a helping hand.

As local news station ABC13 reports, the plight of the gator is causing some serious drama amongst locals. Many residents are outraged that someone would have attempted to hurt one of the alligators in such a way, and they don’t want to see it suffer as a result.

“Almost every morning I see them,” local resident Erin Weaver, told ABC13. “Never have I seen them aggressive or even defensive, if you walk by and startle them they just go under water.”

Not wanting to see the animal suffer with a knife in its dome forever, those who live in the area are pleading with the local sheriff’s office and the state’s parks and wildlife officials to do something. A game warden is apparently scheduled to come out and observe the animal next week, at which point they hope to have a plan.

Alligators are notorious for being incredibly resilient, and their thick hide and strong bones make them hard to damage. It’s clear that the knife penetrated the animal’s skin, or possibly even its eye, but it’s unlikely that even a strong stab would have sent the blade through its skull. The creature could, more than likely, live for a long while with its unfortunate ornament, but it would be best for everyone if it were removed and had its wound treated to ensure no lasting damage was done.