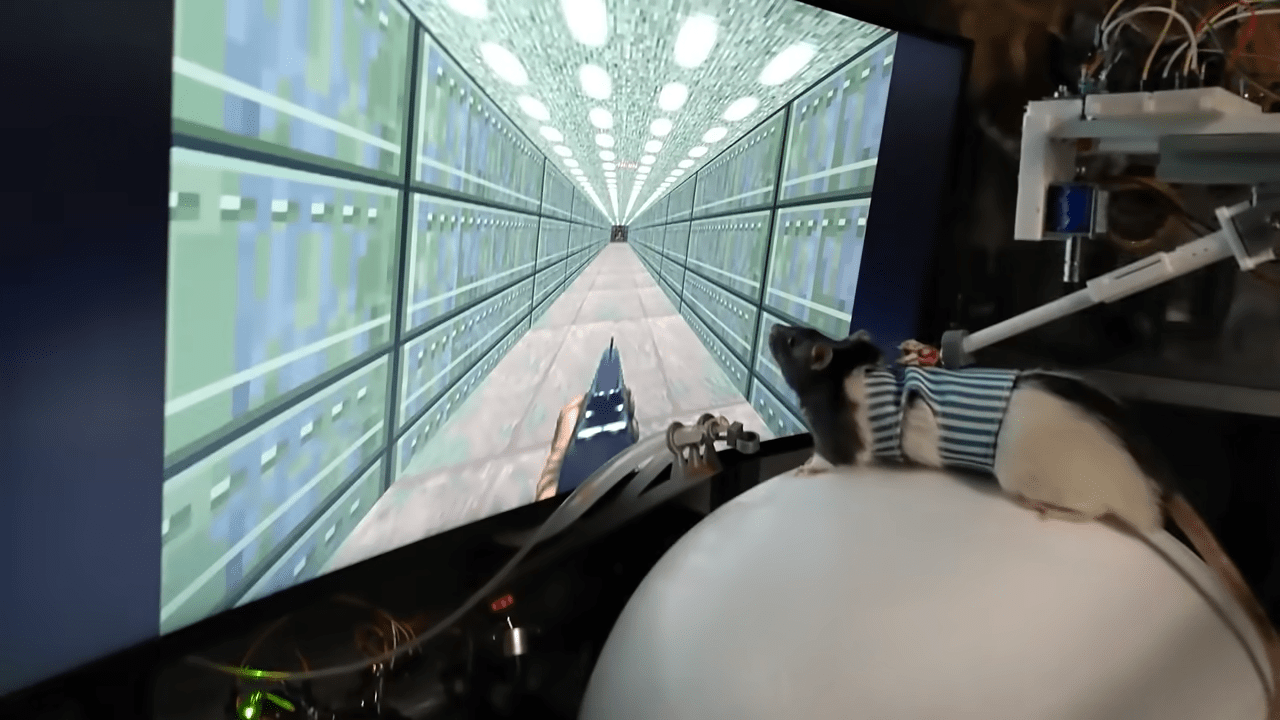 You need to see this video about how a neuroengineer taught rats to play video games.

In 2020, Viktor Tóth, a former Feinstein Institutes neuroengineer taught a bunch of rats to play a video game. He taught the rats to play Doom 2 using a virtual reality setup that cost less than $2,000. Recently Tóth sat down with Futurism to discuss the project in-depth, including the inspiration behind it.

Rats have been used a lot for testing in the past, including in the medical and tech fields. In fact, we’ve learned quite a lot thanks to these little rodents. But, Tóth says the plan to teach rats to play video games didn’t really result as any big idea or research goal.

“The idea just came out of basically nowhere,” Tóth told Futurism. From there he started brainstorming how he would do it. He did say that the idea was very relevant to brain computer interfaces. That’s an area that he’s trying to get into. Most of all, though, he says he just did it because it was a cool idea.

Tóth told Futurism that one of the reasons he chose Doom 2 was because the map was easy to edit. He says that he scrapped the first corridor and made the doors respond to touch. This allowed the rats to approach and open doors simply by tapping them. He said he also designed different versions of the map with the imp at various positions.

Finally, he selected one of the maps he made each time the rat started over. That way the rat wouldn’t just learn to shoot at a specific point. Instead, it would learn that it needed to shoot the Imp, wherever it was in the level. If you’ve never played Doom, Imps are one of the primary enemies found in the game world.

But Tóth isn’t stopping at Doom 2. Instead, he says that he plans to teach the rats even more games in the future. His original setup was pretty hacky, but he wants to optimize it and put together a better setup. He said he plans to put multiple screens together in the next setup, and may even start a Twitch channel to help fund his research.

“I think it’s a very valid way to monetize a project like this,” he told Futurism. Of course, he did express concerns about how long the rats can run. After all, he doesn’t want to overwork them, especially in an exercise that’s already testing the rat’s limits. If you’re interested in seeing rats play video games, we definitely recommend checking out the video above, and staying tuned to Tóth’s Medium blog for even more details.