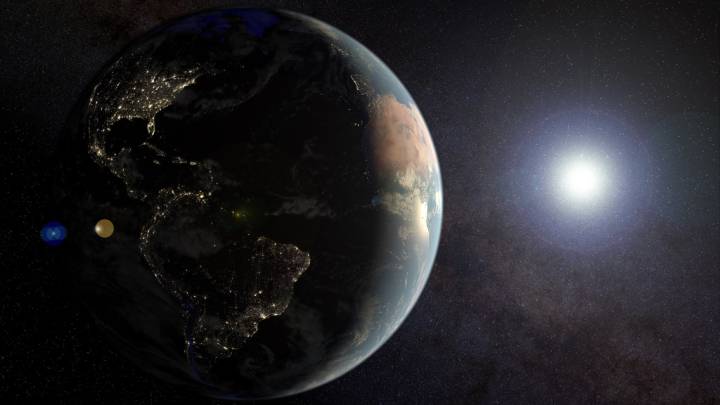 Ah, the internet. It’s given us complete freedom to communicate with basically whoever we want and provides a wealth of information to anyone who takes the time to search. Unfortunately, it also facilitates the spread of absolutely ridiculous rumors that have no basis in reality, and a particularly asinine claim that the entire Earth is about to be shrouded in darkness for over two weeks just keeps giving NASA grief. It’s time for a quick reality check.

The claim, which has been circulating on fake news sites since as far back as 2015, goes something like this: NASA “confirms” that a curious celestial event is about to take place that will cause our entire planet to fall into darkness for roughly 15 days. The rumor even goes so far as to allege that NASA has provided the white house with a 1,000-page document explaining exactly what is about to happen.

NASA has confirmed that the Earth will experience 15 days of total darkness between November 15 and November 29, 2015. The event, according to NASA, hasn’t occurred in over 1 Million years.

Astronomers from NASA have indicated that the world will remain in complete darkness starting on Sunday, November 15, 2015 at 3 a.m. and will end on Monday, November 30, 2015 at 4:15 p.m. According to officials, the “November Black Out” event will be caused by another astronomical event between Venus and Jupiter.

Charles Bolden, who was appointed to head of NASA by President Obama, issued a 1000 page document explaining the event to the White House.

It is, of course, complete nonsense, and if you’re even vaguely familiar with the movements of the planets around the Sun you already know that. Still, the newest rehash of the rumor, which has been modified to include November 15th-29th as the days in which the Earth will be affected, is already starting to make the rounds on fake news sites and conspiracy forums.

NASA hasn’t officially addressed this most recent version of the claim — most likely because it’s so utterly absurd and impossible that it’s not worth their breath, and it’s been debunked many times already — but if you happen to see an easily-fooled friend or gullible relative spreading this kind of trash, just pull them back down to Earth and explain how silly the whole thing really is.