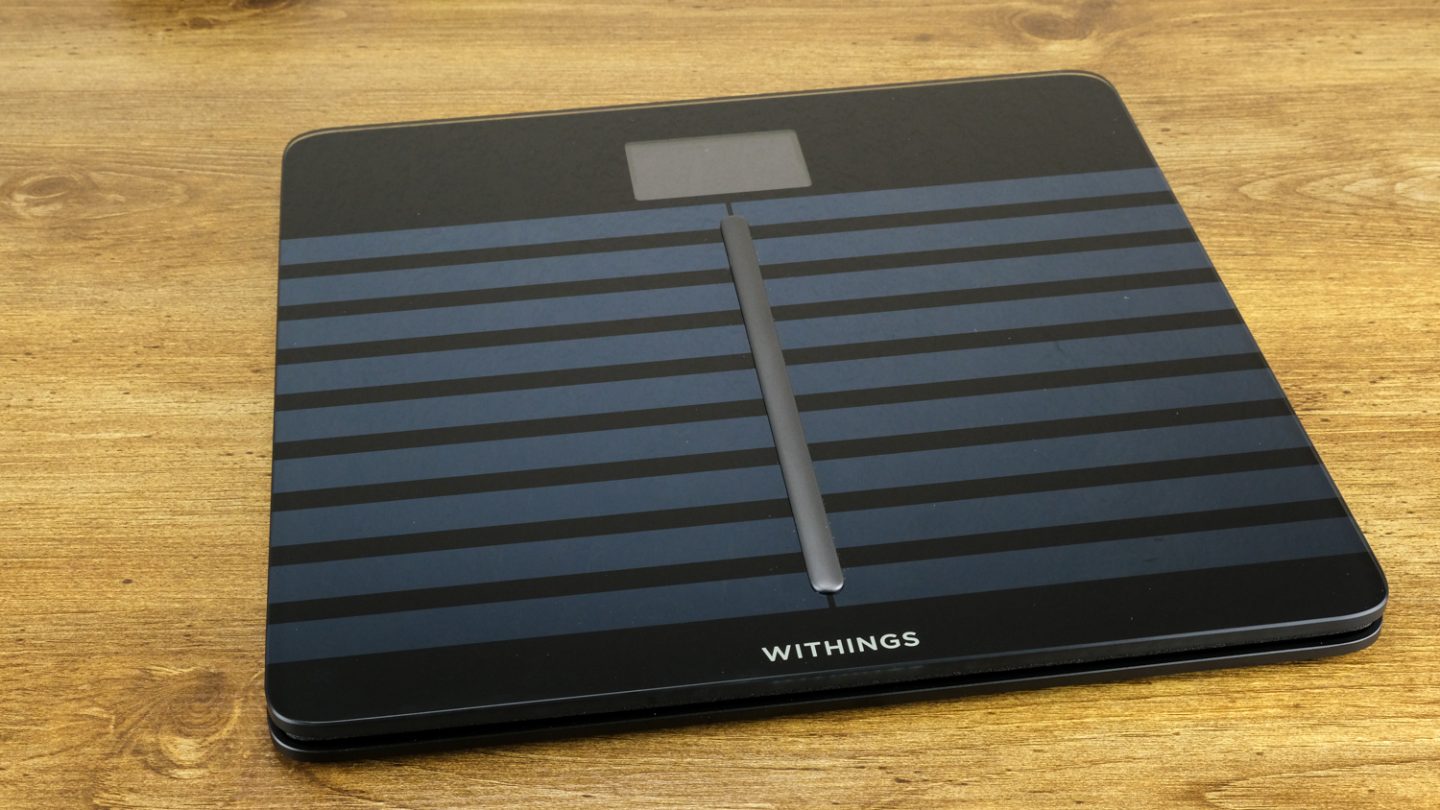 That’s where a smart scale comes in. At its core a smart scale tracks your weight and offers the information up in an app, making it easy to see. Many of Withings’ recent smart scales, however, go far beyond that. At the top of Withings’ range is the Withings Body Cardio, which can track your weight, and tell you how much of that is fat or muscle. Not only that, but the Body Cardio as the name suggests, even tracks your cardiovascular health.

The Withings Body Cardio looks great, and gives you a better picture of your overall health and body composition. 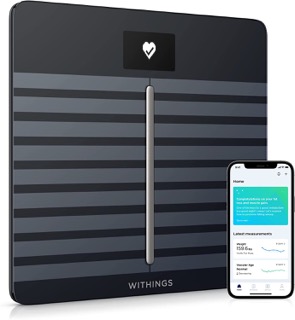 The Withings Body Cardio looks like a scale — but it looks like a really stylish scale. The scale is available in either black or white, and we’re reviewing the black model. It has a glass top, and an LED display at the top. That’s where you’ll be shown your weight and other information of your choosing.

The scale is built with a kind of two-layer design, instead of using feet on the bottom. Withings says this helps ensure that it’s stable, and I found that it did remain relatively stable when standing on it — though I didn’t notice a huge difference between it and other scales.

The Withings Body Cardio is rechargeable, which is a good thing — as it helps cut down on waste. It charges through a MicroUSB port on the right side. It’s extremely disappointing to see companies still using MicroUSB ports in 2022 — Withings should have used USB-C here. When you charge, the display will show you your charging progress, which is nice.

Setting up the Body Cardio is relatively easy. You’ll start by downloading the Withings Health Mate app. After that, you’ll need to create an account if you don’t already have one. Then, you’ll head to the “Devices” tab, and follow the on-screen instructions to pair your device with the scale. You’ll also be able to share access to the scale with anyone else in your household that might want to track their metrics too. It’s pretty easy, and the whole process should only take five minutes.

You also may want to give access to Apple Health, if you use the Health app. I generally stick to only allowing services to write information to Health, rather than read it.

Part of setting the scale up for regular use involves…using it. One of the scale’s features is the cardiovascular health feature, which tells you your so-called “Vascular Age.” You’ll need to use the scale five times before it can determine that information.

You probably won’t need to charge the Body Cardio before you start using it. My Cardio came with over 75% battery.

The Withings Body Cardio is one of the most advanced smart scales on the market today. It will be overtaking by the upcoming Withings Body Scan, but that scale has yet to be released.

Let’s start with the basics — tracking weight. The Withings Body Cardio can track your weight over time, and detect who is standing on the scale based on weight. On the display, it can show a mini graph of your weight over the past seven weigh-ins. The scale shows results around one pound more than another scale I have, but common bathroom scales can be a little off at times. It did seem consistent with its own readings though.

The scale goes beyond your overall weight though. It can also tell you how much of this weight is fat, muscle, and bone. This information can then be shown on a graph, and viewed in the Health Mate app. The scale tracks this information using bioelectrical impedance technology, which basically sends a low electrical current through your body, then measuring the resistance of tissue in the body to the current. This information allows the scale to calculate how much your body would weigh without fat, and then the amount of fat by difference. Fancy.

The last thing that the scale can calculate is so-called vascular age. This is calculated by measuring the time difference between blood ejection from the heart, and arrival of the blood flow in the feet. It’s interesting that this is offered by Withings, however it’s summarized in one of only three readings: Optimal, Normal, or Not Optimal. In the app, however, you can see a more detailed reading. For example, my vascular age is apparently 26-30 — which tracks for a 28-year-old. This feature can be used to indicate hypertension, but the scale doesn’t diagnose health issues. If you suspect you have hypertension you should see a doctor rather than rely on the scale’s readings.

I can’t really speak to the accuracy of any of this information except the basic weight. But, it does at least seem pretty consistent. Studies have been conducted on the vascular health feature, finding that it is accurate. And, Withings is a reputable company generally known for making accurate equipment.

I like having a single hub for all of my health data, and to that end I use Apple Health. Apple Health rounds up health records from doctors, information from Oura and my Apple Watch, and more. That said, for those who mostly want to keep an eye on information tracked by the scale, the Health Mate app is well-designed and easy to use.

The app is split up into four different tabs, the first of which is just a Home tab. Here, you’ll get a look at your most recent readings, which you can tap on to see graphs for each metric. You may also see recommendations from Withings, which will depend on the goals you’ve set in the app, if any. Head to the Dashboard tab, and you’ll be able to see a list of all the different metrics you’ve measured, letting you tap on each to see the information collected on a graph.

One of the things I like most about the app is that it allows you to compare information collected by the scale. You’ll be able to see your overall weight, and then compare that graph with the graphs of your muscle mass, fat mass, water weight, and BMI. It’s a neat way to get a better look at how your body is composed.

The third tab shows you your connected devices, including the Body Cardio scale. The fourth tab shows your profile and account settings.

I really like the app. Again, I mostly use it as a middle-man between the scale and Apple Health. But, if Apple Health didn’t exist I would have no problem using the app to track my body composition.

The Withings Body Cardio is an excellent smart scale that offers a range of advantages over other scales. I really like the fact that it can track your body composition, and it’s all relatively well organized in the app. The vascular health feature won’t be super meaningful for everyone, but those that want to keep an eye on their heart health may use it as one component of that. Of course, you should not use this in place of an actual doctor’s advice. But, it may come in handy as a way to track your general heart health over time.

If you’re willing to pay a premium for a smart scale, and want the most information you can currently get from a scale, the Withings Body Cardio is the way to go.

If you really want the best smart scale around, then it may be worth waiting for a little for the Withings Body Scan. It will offer all the same features as the Body Cardio, plus the ability to take an ECG reading. You’ll have to pay for it though. The Body Scan will cost a hefty $300 when it’s released, and we don’t yet know exactly when it will be released.

There are other smart scales that can calculate body composition. There’s Withings’ own Body+, which costs $100, but doesn’t have the Vascular Health feature, and there’s the Sportneer Smart Scale, which also offers access to a number of different health metrics.

Should I buy the Withings Body Cardio?