By Joshua Hawkins
Updated 9 months ago 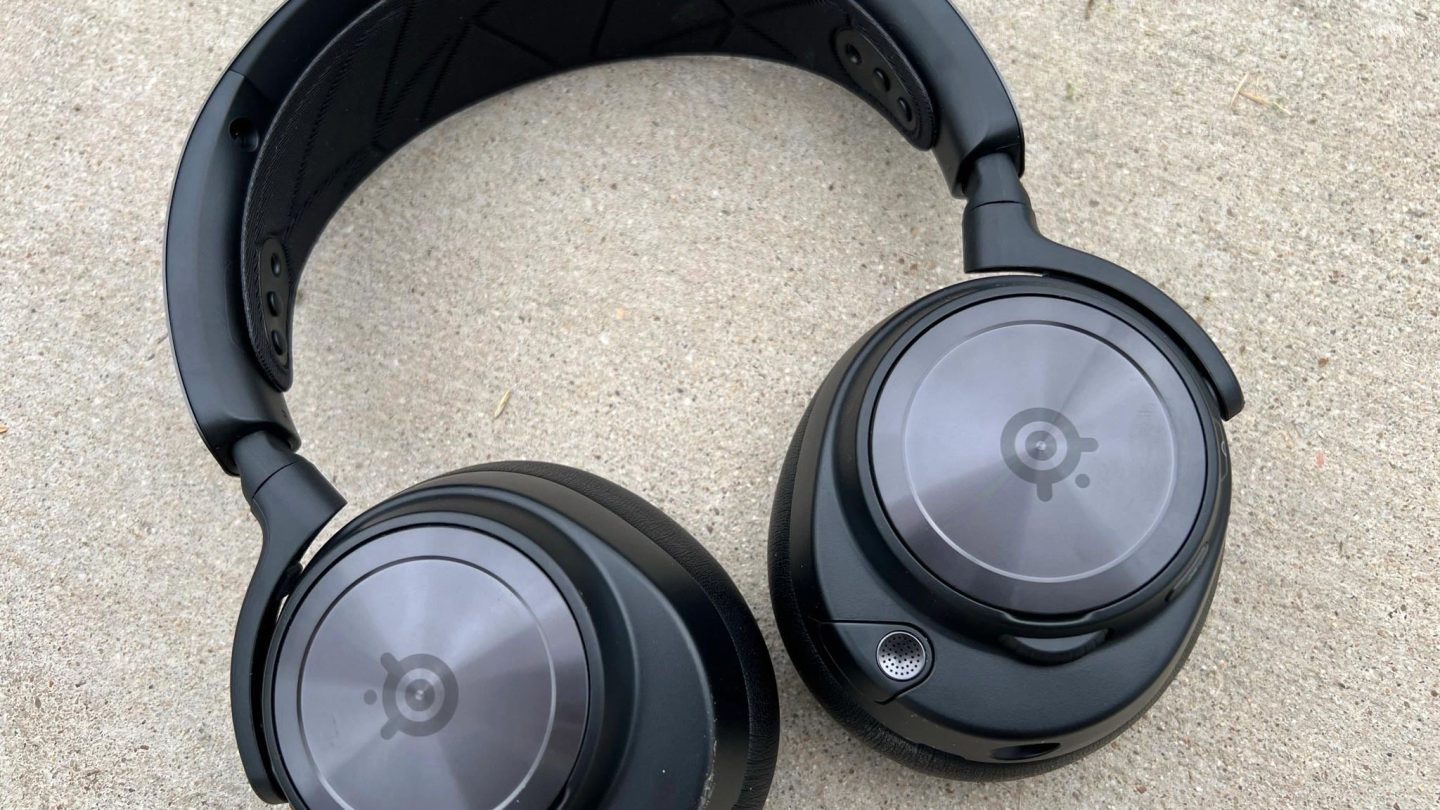 SteelSeries has done it again. Despite having some absolutely great headsets in the Arctis 7+ and 7P+, the gaming peripheral company wasn’t content to sit on its laurels and settle for what it had already accomplished. Instead, you could say that it wanted to do something big. Something even more memorable. Something somewhat celestial.

Meet the new SteelSeries Arctis Nova Pro series. As the latest headsets from SteelSeries, the Nova Pro series combines everything that the company has learned from its previous generations and then turns it all on its head with new enhancements and upgrades. The result is a fantastic sound profile with an almost unlimited amount of customization thanks to SteelSeries Sonar, a companion app absolutely packed with features for you to turn on and off.

For the purpose of this review, I’ll mostly be referring to the more expensive Nova Pro Wireless. However, I did spend some time with the wired Nova Pro during my testing, and much of the general experience will correlate with that headset as well. 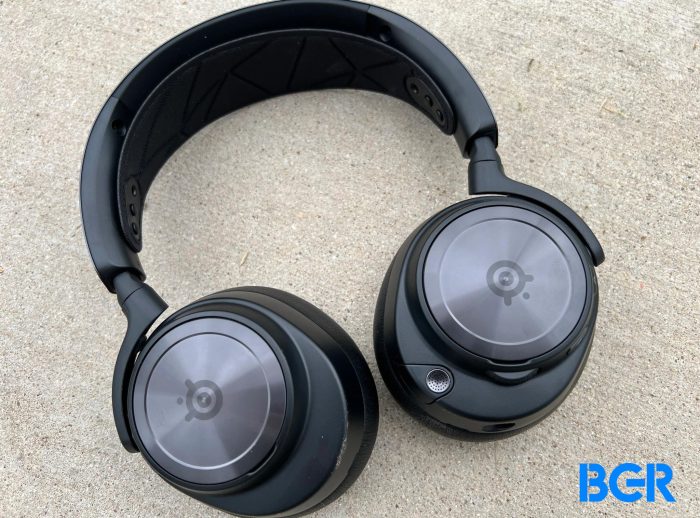 Overall, though, both versions of the headset are lightweight enough not to cause any strain on your ears or head during long hours of use. Additionally, SteelSeries has made some design changes to its ski goggle style headband. You can now adjust the headband using a few different settings on the inside of the band. This allows you to better situate it to a setting you need.

SteelSeries calls this new setup ComfortMax, and it delivers pretty well, even across long gaming sessions. Of course, the earcups are just as comfortable as SteelSeries’s previous offerings, too, which is to say they’re very comfortable.

Despite using the headset for testing periods of 12+ hours, I never noticed any ear fatigue or pain caused by the earcups. They also allow your ears to breathe nicely, which is great for extended gaming sessions.

Finally, one of the biggest changes between the Nova Pro Wireless and previous SteelSeries headsets is the retractable microphone. SteelSeries has designed it to fit snugly into the earcup. This allows you to seamlessly hide it, where in the past, a small bulge from the microphone was always visible. It’s a small change, but one that will go a long way for users who enjoy wearing their headset around outside the house.

The GameDAC 2 connects directly to your PC or console, and because part of the Nova Pro’s selling point is “multiple console” connections, you can easily connect your PC and console audio up together through the same device. That means you won’t have to constantly swap out cables to play games on your PC or console.

As far as console compatibility, the system works with the PlayStation 5, Nintendo Switch, PC, and pretty much any other setup you can think of. Additionally, SteelSeries has specific versions of the Nova Pro and Nova Pro Wireless designed to work with the Xbox’s proprietary audio systems. But compatibility has always been a strong suit for SteelSeries. And, while it’s great, the real features come when you pair your Nova Pro headset with SteelSeries Sonar.

I’ve touched on Sonar before in previous reviews of SteelSeries headsets. However, the company is ready to kick things up a notch with the release of the Nova Pro series. The entire idea behind Sonar is to give players full customization control over their audio.

This is achievable whether you’re an audio mixing master or a novice to the entire idea. Standard EQ settings can be applied, as well as various profiles designed to help you get the most out of certain games. For instance, there are EQ settings for games like Grand Theft Auto V and even Escape From Tarkov. You’ll also find settings specifically for FPS footsteps and more.

Another handy feature returning with the Nova Pro series is SteelSeries Chat and Game Audio mixer. This allows you to easily transition between which audio you want to prioritize the delivery of. If your game is too loud, for instance, you can simply mix the audio more towards chat. This allows you to fine-tune where you want to focus your audio’s attention.

It’s easily one of the best features we’ve seen pop up in gaming headsets in the past several years, and SteelSeries continues to deliver an easy-to-use option for it. There are also EQ settings for your microphone and chat systems. These allow you to tweak settings like Noise Reduction, and you’ll even be able to use Sonar with the Nova Pro series to remove noise from your teammate’s microphones, without them having to do anything.

Another change between the Nova Pro series and SteelSeries’ other Arctis headsets is the introduction of both high-speed wireless and Bluetooth. This means you can easily switch between the two with the Nova Pro Wireless, allowing you to take your headset on the go and connect to your phone, Switch, and other portable systems.

The Nova Pro Wireless features a new power system that SteelSeries calls the Infinity Power system. The system relies on two batteries that you can easily change out by removing one of the headset’s earcups. It isn’t actually a battery that never dies, obviously, however, the system works out exceptionally well in practice.

The dual battery system means that one battery is always charging inside of the GameDAC 2. As such, whenever the battery in the headset begins to get low, you can easafsily pop off the earcup and change it out. This allows you to quickly change batteries on the fly, without losing gaming time to charge back up.

I spent a good few days putting the batteries through rigorous use. I listened to music, played games, and watched videos. Additionally, I spent a good deal of time in Discord with friends. I was able to use one battery for at least two to three days. Of course, that changed depending on how long I used the headset each session. And, because there was always a battery charged and ready to go, running out of juice was never a concern. For the record, SteelSeries rates the headphones as lasting 22 hours on a charge, which isn’t bad. But, with the dual battery system, you’ll barely notice unless you’re out and about when they happen to die.

But how do all of these new features translate into sound quality? Well, that’s the kicker. The Nova Pro and Nova Pro Wireless are by far the best sounding headsets that SteelSeries has released to date. And a lot of that quality really comes into play with tweaking the sound to your liking.

Yes, the sound quality is more than passable at the headset’s default settings. Everything sounds crisp and clear even on default settings. I had no issues picking up noises around me in games I tested. This proved true in Battlefield 2042, Red Dead Redemption 2, and Escape From Tarkov. However, the real meat and potatoes come from tweaking the audio in Sonar.

The addition of Spatial Audio, and the option to tweak its overall intensity, is game-changing.

Overall, the SteelSeries Arctis Nova Pro and Nova Pro Wireless are both fantastic headsets. If you aren’t looking for a wireless kit, then the Nova Pro offers fantastic audio and customization. And, that version is available at a fairly standard price for high-end headsets at just $249.99.

But, if you truly want to experience what SteelSeries is trying to accomplish here, go for the Nova Pro Wireless. At $349.99, the price is a little hard to swallow, sure. However, the sheer amount of customization available with Sonar makes it a one-of-a-kind system for gamers that want to tweak their audio to very specific results.

SteelSeries is just one of many companies in the gaming headset market. However, the Nova Pro Wireless continues the trend of success from a company that has proven time and time again it has what it takes to deliver great products that matter. Of course, other headsets, like the Razer BlackShark V2 Pro continue to be great alternatives. And you can always pick up the Arctis 7+ or 7P+ for similar quality and comfort.

Should I buy the SteelSeries Arctis Nova Pro Wireless?

Yes. If you want to tweak the sound of your audio and make it stand out, then the SteelSeries Arctis Nova Pro Wireless is the headset to beat.