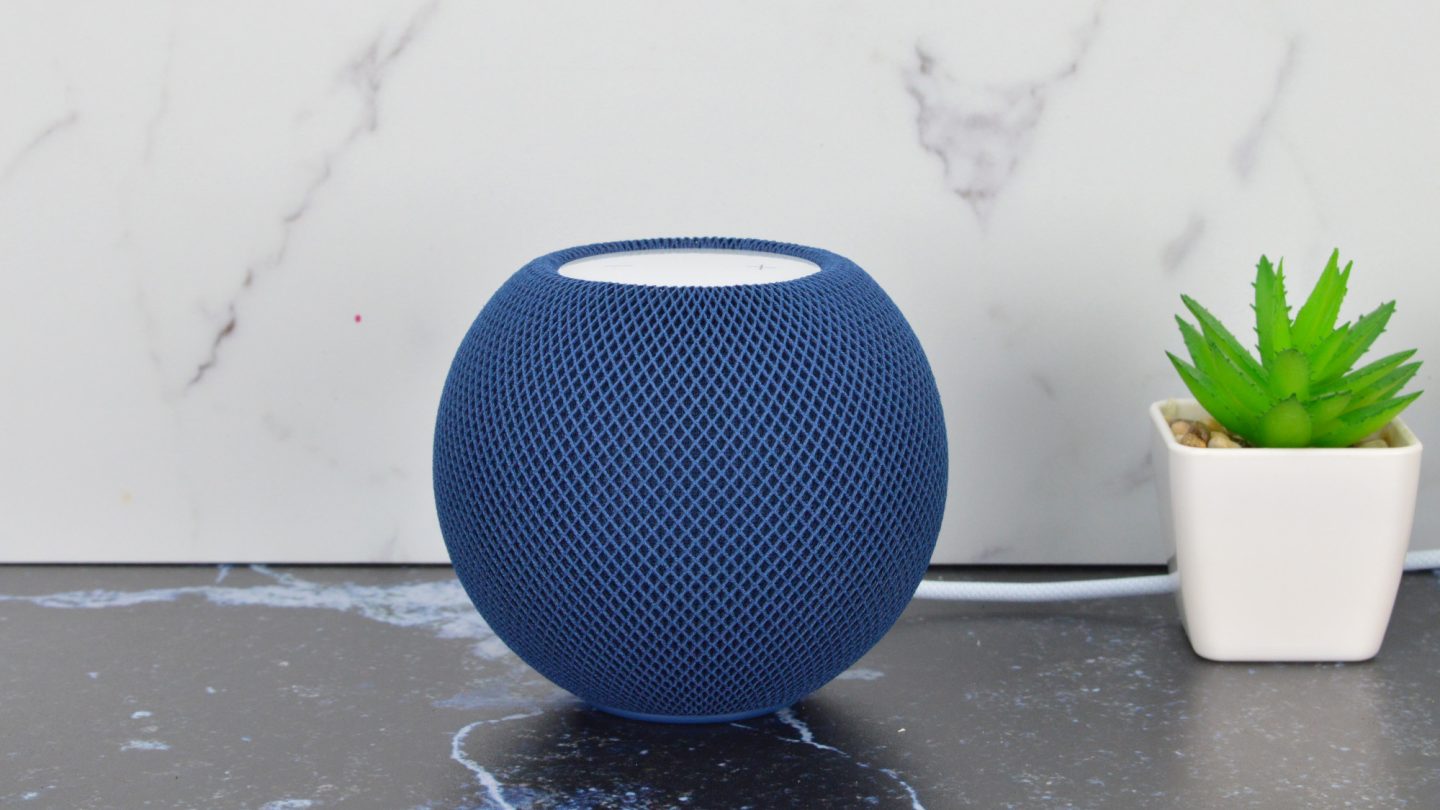 The original HomePod was Apple’s answer to the smart speaker trend. It offered Siri built into it, excellent audio quality, and a sleek design. But by all accounts, the speaker didn’t sell that well — and has since been replaced by the newer HomePod Mini.

The HomePod Mini promises to take everything that users loved about the original HomePod — like good audio quality and smart features — but at a much lower price. In fact, the HomePod Mini comes at a very affordable $99. Sure, it doesn’t match the likes of the Google Nest Mini and Amazon Echo Dot, but it easily makes Apple’s smart audio features more accessible.

The HomePod Mini is around a year old now, but Apple recently updated it with a series of fun new colors. We thought that made this a good time to revisit the speaker. Is the HomePod Mini still a great buy? Find out in our full HomePod Mini review.

The HomePod Mini lives up to its name. It’s a small speaker, and can easily fit into its environment without drawing too much attention to itself. It measures only around 3.9-inches wide and 3.3 inches tall, so it should be easy to place in smaller spaces.

The device is globe-shaped, like the new Amazon Echo Dot. On the top, there’s a round display that has touch controls for the volume and can be pressed to activate Siri. It’s covered in a nice fabric mesh, and new for 2021 is the fact that the mesh can come in a range of colors. We’re reviewing the blue model.

On the back of the HomePod Mini is a built-in cable. I would have liked to get a removable cable here. The cable itself is a nice braided nylon, and I have no complaints with it. But, having a non-removable one means you can’t fit it with a shorter or longer cable. It ends in a USB-C connector, and the speaker comes with a 20W power brick.

I really like the look of the HomePod Mini. It’s clearly built from premium materials. And, the colors should allow you to get one that fits in with your environment.

As you would expect from an Apple audio device in 2021, the HomePod Mini is jam-packed with cool features.

First, the basics. The speaker comes with Siri in it, and Siri works just like it does on your iPhone. You can ask it to add things to your Reminders, play music, play podcasts, and more. Siri can recognize the different voices of users in your home, too. So, if you have added other users to your home through the Home app, they can get personalized Siri results.

Siri has some HomePod-specific features too. You can use Siri to “intercom” messages to and from HomePods, and the feature can integrate with your iPhone. And, you can use Siri to send music to different speakers throughout your home.

Next up are smart home features. As you would expect, you can use Siri to control your smart home devices. The device can also act as a Home hub. It’s also one of the few devices so far to support Thread.

Then there are the audio-focused features. If you’re listening to audio on your phone and want to transfer it to your HomePod Mini, you can tap the speaker with your phone and it should transfer over. In my experience, it takes a few seconds to work. You will need to get used to using the haptic feedback to know that it is working, too. But it’s a neat feature.

As you might expect, the HomePod Mini can be used in a stereo pair, and it’ll automatically pair if you place two HomePod Minis in the same room. You can even pair the device with your Apple TV, and use it for your Apple TV’s speakers. With an HDMI ARC port, your HomePod Minis can handle all of your TV’s audio, even if you’re not using the Apple TV itself. That’s handy for those who have gaming consoles and other streaming devices.

The HomePod Mini is quite a bit smaller than the original HomePod, and as such, it doesn’t deliver quite the same audio quality. It can’t get as loud as its older sibling, and the bass just isn’t as deep. But thankfully, it still sounds great, despite the smaller size.

I was particularly surprised by the bass that the speaker was able to pump out. Kick drums have a nice thump to them. Bass guitars and synths have enough body to make for an enjoyable listening experience.

Even better than the bass response is the high end. The speaker is able to deliver enough detail and clarity for most casual listening. Audiophiles should look elsewhere, but everyone else will appreciate the frequency response here.

The HomePod Mini delivers 360-degree audio, meaning that you can place it in the center of a room and get a similar audio experience anywhere around it. That’s a cool feature, but I wish the speaker had some kind of adaptive EQ tech, like Sonos’ TruePlay, or the AirPods’ Adaptive EQ. This would allow it to tune audio depending on its environment.

Now, the HomePod Mini is probably the best-sound small speaker, but it doesn’t sound as good as some larger speakers that are in the same price range. For example, the standard-sized Echo and Nest Audio are much larger than the HomePod Mini. But, they also come at a similar price.

The HomePod Mini is an excellent way to get a smart, feature-rich speaker in your home. The speaker doesn’t sound quite as good as others in this price range, but it easily beats most of the other small speakers. If you live within Apple’s ecosystem, you’ll love the inclusion of Siri, the ability to AirPlay to the speaker, and features like the intercom.

If you’re an Apple user, there really isn’t much competition. You won’t be considering a speaker from Amazon or Google. Ultimately, if you want a solid smart speaker in this price range, the HomePod Mini is the way to go. If you’re willing to spend more, it’s worth also considering the Sonos One, which supports AirPlay and offers better audio quality.

Should I buy the HomePod Mini?

Yes. The HomePod Mini is packed with smart, helpful features. Plus, it sounds pretty good.