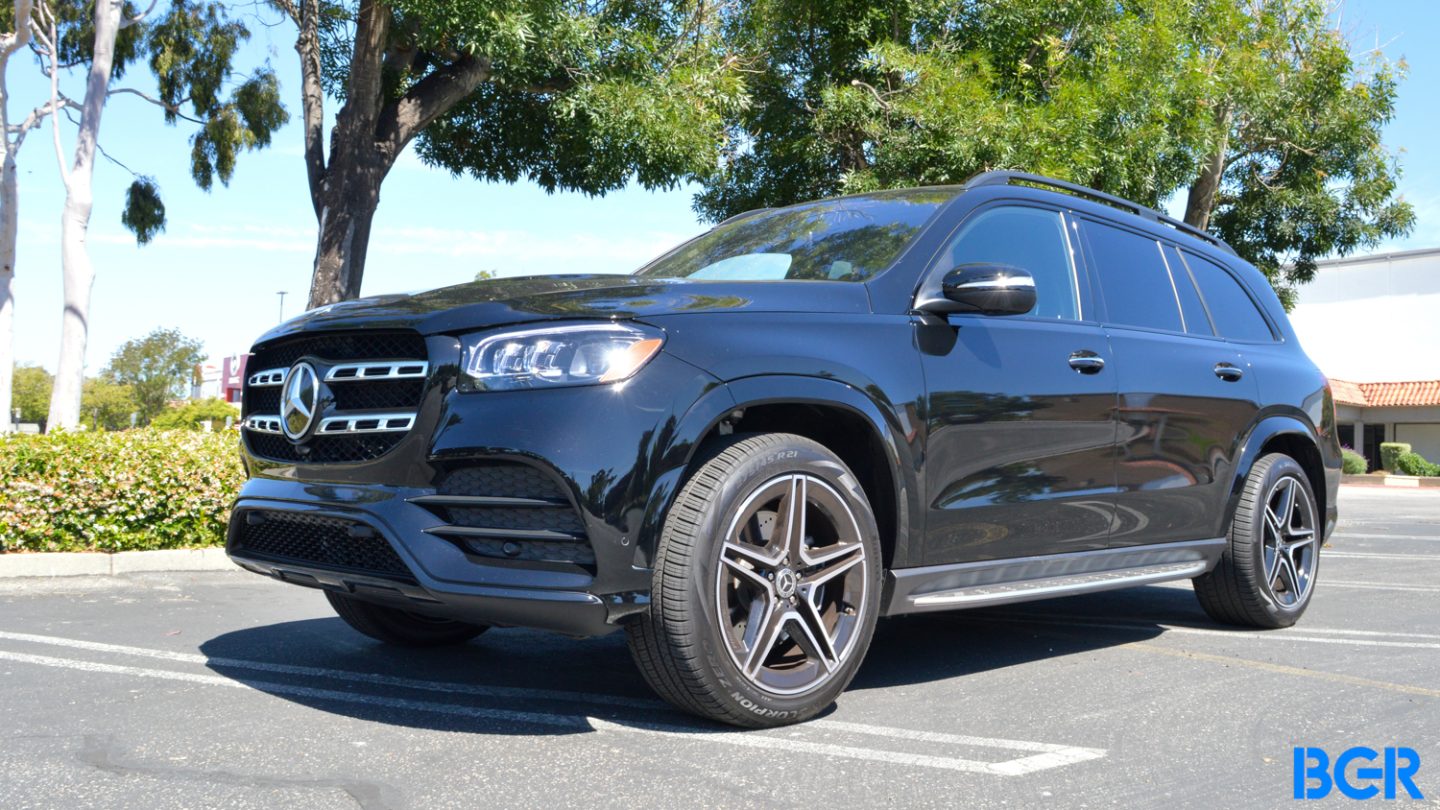 For some time now, the Mercedes GLS-Class has offered drivers an S-Class experience in a bigger body, and with some serious success. The GLS-Class has remained among the more premium SUV options out there, often going head to head against BMW’s high-end SUVs, and regularly beating it. For 2022, the Mercedes GLS 450 4Matic has a few new AMG styling options and some new colors.

That may not seem like much — and it’s not. But that’s not necessarily a bad thing. What does matter is the fact that the GLS-Class now faces stiff competition from the slew of new electric SUVs, like the BMW iX. Sure, those buying an electric car may not consider an option like the GLS 450 — but those considering the GLS 450 may still be thinking about whether or not they want to electrify their drive.

The Mercedes GLS 450 4Matic may be the lowest-end GLS-Class SUV for 2022, but it still offers a luxury experience and a smooth ride. 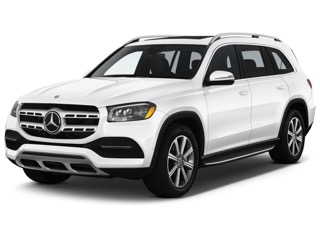 I still like the general look of it though. You’ll get that large Mercedes grille, with a large Mercedes logo in the center, and the front of the car, while generic, still looks relatively premium.

That’s true for the rest of the car too. I quite like the tapered look for the car, and while it does mean that the car looks a little…bulbous, it’s far from bad-looking.

Our car has the AMG Line package, which means that it gets a number of exterior styling upgrades. Notably, the car has 21-inch AMG wheels, which I think look awesome. Other details include painted wheel arches. It’s far from necessary, but some will appreciate the upgrades.

Generally, the Mercedes isn’t all that unique on the outside, but it still looks like a high-end, premium Mercedes SUV.

The interior of the GLS 450 4Matic is about as premium as you would expect. That’s to say, it’s extremely premium. It’s laden with high-end, comfortable materials, and frankly, I found the interior of this car to beat out the majority of the competition.

Our model is built with black leather, and I really like the look. I tend to prefer dark materials in the cabin to lighter ones, mostly because of the fact that it avoids looking worn for longer. Note, the leather is faux here, but you would have a hard time knowing if you didn’t read a spec sheet.

All the controls and buttons are pretty much where you would expect them to be, and they’re very easy to use. I really like having physical controls for things like climate. Speaking of, the SUV offers quad-zone climate controls, which makes remaining comfortable for you and your passengers easier.

The GLS 450 4Matic offers three rows of seating, and depending on the model you get, you’ll have either six or seven seats. It’s not quite the eight seats that you’ll get on some three-row SUVs, but should still be enough for most people.

There are a range of helpful features in the cabin that make the car a more premium experience. Notably, at the front, there’s a 12.3-inch touch display, with a touchpad controller on the center console. Around the cabin, there are quite a few USB ports for charging, so you’ll never have to worry about your devices running out of charge.

As mentioned, the GLS 450 4Matic offers a main 12.3-inch touch display, which comes loaded with Mercedes’ MBUX infotainment system. The system is relatively easy to use, though it still doesn’t quite reach the familiarity and ease-of-use of systems like CarPlay and Android Auto. The mapping system is better-designed than most, and while you do have to swipe around quite a bit to get to most features, at least it looks pretty most of the time.

The GLS 450 is the lowest-end of the 2022 GLS-Class Mercedes SUVs — with the others being the Mercedes GLS 580, the AMG GLS 63, and the Maybach GLS 600. But unless you really care about getting the best performance you can from your SUV, the GLS 450 4Matic is still more than powerful enough for the vast majority of drivers.

The car offers a 362-horsepower turbocharged six-cylinder engine, and while it generally wasn’t the most responsive, it was able to deliver enough oomph for most situations. All of the GLS-Class SUVs in 2022 offer the mild-hybrid EQ Boost system that can help the car accelerate a little quicker. The system doesn’t drastically improve fuel efficiency, but the extra little boost does come in handy. Of course, don’t expect that electrified responsiveness that you’ll get from modern electric cars and some full hybrid models.

Acceleration aside, the SUV offers a very smooth ride and is able to corner with ease. It’s not the sportiest-feeling SUV out there, but it is one of the smoothest.

As you would expect from any premium vehicle in 2022, the Mercedes GLS 450 4Matic offers a number of safety and driver-assist features that could come in handy — though many of them are only available if you pay for them. The base model offers things like blind-spot monitoring and a backup-camera — things that any car in 2022 should offer. Not necessarily standard on other cars is the parking assistant, which does come in the base model here.

Pay for upgrades, however, and you’ll get things like an adaptive cruise control that can be coupled with a lane-keeping system to make for a self-driving-like experience on the highway.

The Mercedes GLS 450 4Matic is an extremely luxurious SUV, and one that’s well worth considering for anyone in the market for a luxury SUV. The exterior styling may not be the most unique out there, but the combination of the luxurious interior, smooth ride, and premium features make it a top contender.

Perhaps the biggest competition in this price range comes from the BMW X7, which is a little more fuel-efficient, though not quite as spacious on the back row. That said, you’ll be happy with either the GLS 450 or the BMW X7.