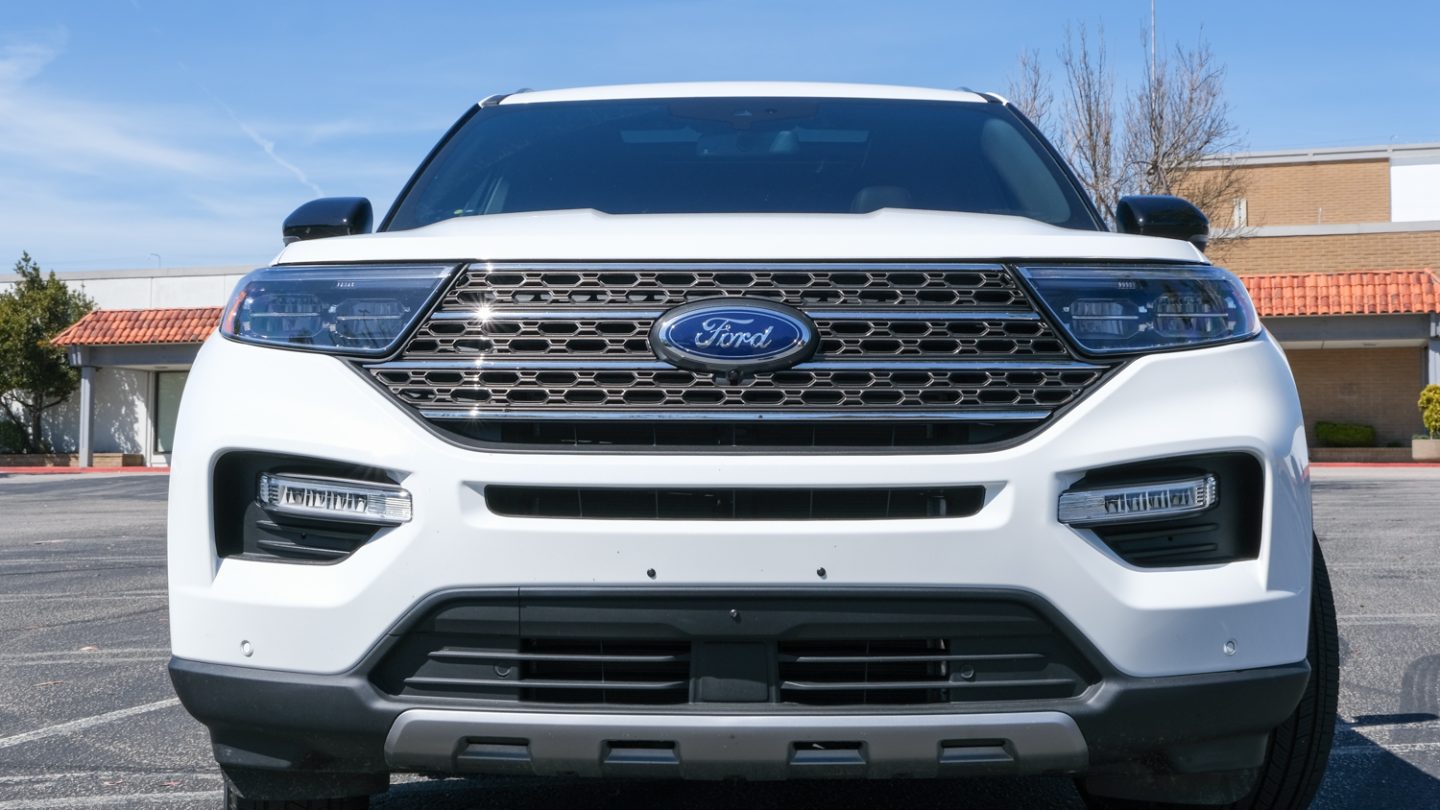 SUVs are all the rage. So much so that Ford has stopped selling sedans in the U.S. altogether, sticking with SUVs and pickup trucks. Due to the huge popularity of SUVs these days, carmakers like Kia have been producing new models like the Telluride, which has been met with huge sales. But other models have been here for years — like the Ford Explorer.

The Ford Explorer is perhaps Ford’s best non-EV for families, offering a ton of space, and solid performance. But it also competes with the Telluride, along with options like the Hyundai Palaside and Jeep Grand Cherokee.

We’re reviewing the Ford Explorer King Ranch, which is the highest-end model in the series.

The 2022 Ford Explorer offers a range of premium features and a powerful driving experience. It’s especially great if you go for the high-end King Ranch trim, like the model we’re reviewing. 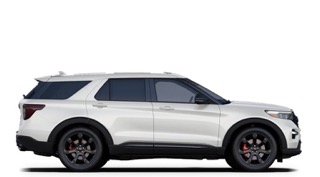 The 2022 Ford Explorer isn’t radically different from the 2021 model, at least in terms of exterior design. The SUV still offers that relatively large nose and larger body, and it has sculpted touches to it that help make it look more modern and sleek.

While the overall design of the Explorer isn’t all that different, the King Ranch trim adds a number of tweaks to the SUV. With the King Ranch trim, you’ll get things like the large aluminum wheels and the King Ranch badging around the car. The wheels aren’t necessarily my style, but they definitely add a unique touch to the car, and you may love that look. Other King Ranch-specific features include the bronze metallic finish on the main grille at the front.

On the front of the car, you’ll get LED headlights with built-in running lamps and turn signals. And, you’ll get the nice, big, sculpted hood, which looks quite nice. The side profile of the car looks solid too, though not necessarily all that different than previous-generation Explorers. On the back, there’s the quad-tip exhaust, and a nice little roof spoiler that helps make the car look that extra bit sportier.

Let’s get the basics out of the way. The Explorer offers three rows of seats, and the third row can be raised and lowered with a button, which makes doing so very easy.

The King Ranch model of the car offers a dual-tone leather interior with two-tone stitching and wooden accents, and it looks great. Again, it’s not necessarily my style, but it definitely fits the King Ranch aesthetic, and many will love it. You’ll also find the King Ranch logo dotted around the car.

One of the things I really like about the 2022 Ford Explorer’s interior is the fact that it offers a solid amount of storage throughout. You’ll find large door pockets, deep compartments, and more.

Somewhat unlike cars like the Mustang Mach-E, the Explorer has plenty of physical buttons and controls, which makes it easy to control things like volume, climate, and so on. I’m not sure any manufacturer has truly cracked the code of screen-based controls just yet. You’ll also find a wireless charger, though it’s towards the back of the center console. And, there’s a panoramic sunroof, which can make for a brighter and more open interior.

The 2022 Ford Explorer hasn’t gotten the Sync 4 treatment just yet, so unfortunately you’re stuck with Sync 3 here. Sync 3 is generally slower than the already a little slow Sync 4, and I found that it often took a second or two for the car to respond to controls.

The car offers a vertical 10-inch display, and it looks fine. It’s not the highest-resolution or brightest display out there, but it’s relatively easy to see even with a lot of ambient light. I don’t love the look of the vertical display here. I generally struggle with vertical displays, but one this size looks a little silly. That’s not to mention the fact that when you’re using CarPlay, you’re limited to the top of the display only, and as a result, the CarPlay interface is pretty small.

Unfortunately, CarPlay and Android Auto don’t work wirelessly on the 2022 Ford Explorer — you’ll have to plug your phone in to use them. That’s a little frustrating in 2022.

The Explorer King Ranch does have a solid sound system though. You’ll get a B&O sound system that’s able to deliver plenty of bass and detailed highs. The back seats have their own climate controls, heated seats, and more — making them just as comfortable as the front seats.

The King Ranch also has a digital instrument cluster that displays all the information you would expect. The display changes a little depending on what driving mode you’re in, which is always nice.

Like many cars in 2022, the Ford Explorer offers a range of driver-assist features that can help you in the day-to-day. You’ll get a standard backup camera, along with a nice 360-degree camera view, which I love. It can seriously help with things like parallel parking.

Other driver-assist features include a lane-keeping assistant and an adaptive cruise control, which can allow the car to essentially drive itself on the highway. It’s a good selection of features, and while you won’t be able to get many of them on the base model, it’s worth considering higher-end trims if these kinds of features appeal to you.

The 2022 Ford Explorer isn’t just a good-looking car — it’s relatively powerful too. The King Ranch model comes with a 3.0L V6 EcoBoost engine, which is rated at 365 horsepower and 380 pound-feet of torque. It’s not a sporty-feeling car, but I found it to be responsive enough during day-to-day driving.

Now, of course, this car doesn’t offer the same kind of experience as Ford’s electric SUV, the Mustang Mach-E. But you wouldn’t expect it to. Instead, you’ll get things like the ability to tow 5,600lbs, which could come in handy for the kind of person buying this kind of car. Unfortunately, it’s a rear-wheel drive — not an all-wheel drive.

The 2022 Ford Explorer King Ranch may be a little pricey, but it’s an excellent option for those looking for a fully-loaded SUV. It’s got that ranch vibe to it, and while that’s not for everyone, it would be impossible to argue that it doesn’t look and feel premium. That said, the Explorer has some seriously tough competition, and it’s hard for the vehicle to beat the likes of the Telluride.

There’s a good reason why the Ford Explorer has sold so well over the years, but in recent times, it’s facing stiffer competition. Ultimately the Kia Telluride is probably the mid-size SUV to get in 2022 — but if you want that premium touch you still can’t really go wrong with the Ford Explorer King Ranch.

No. You should go for the Kia Telluride instead.