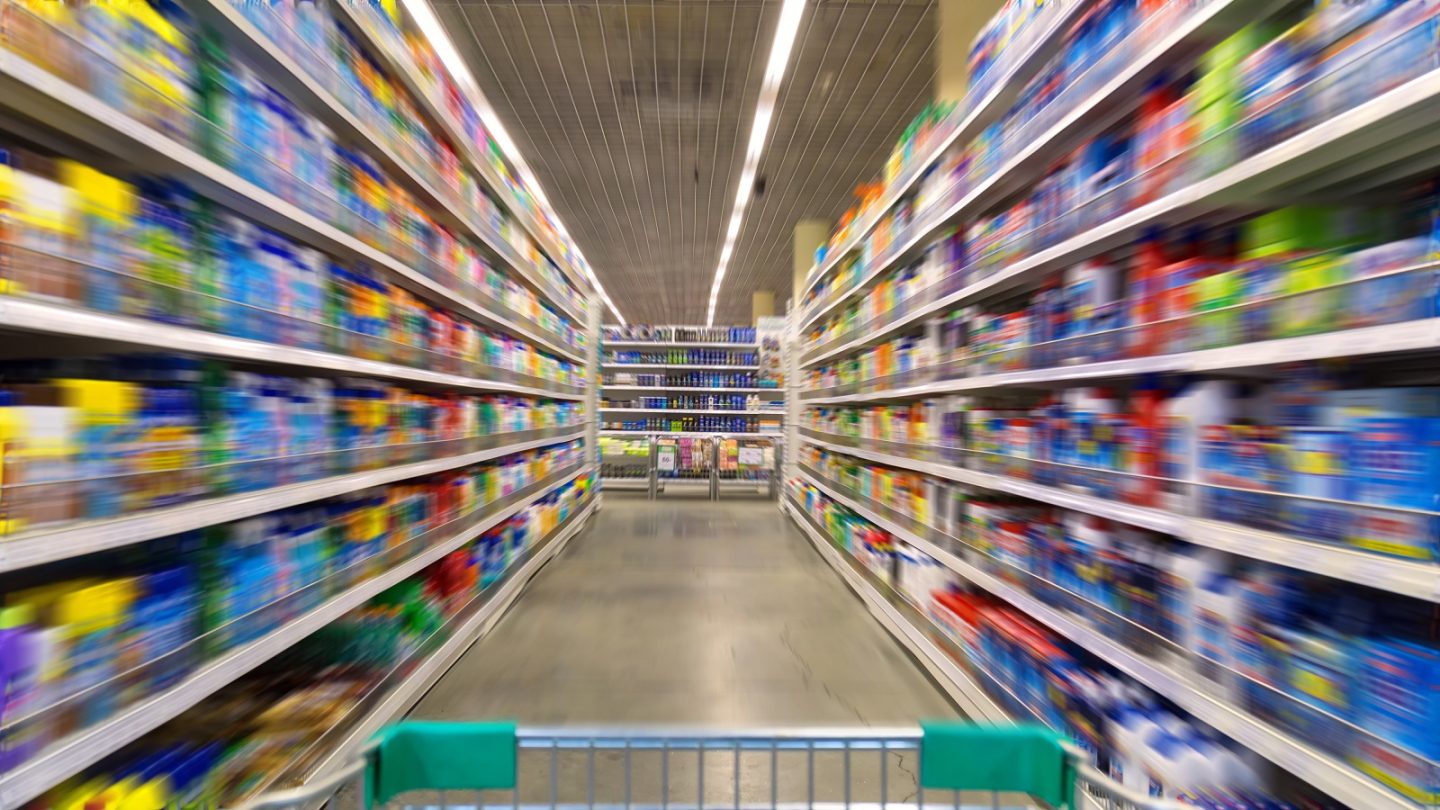 Just last week, we highlighted an ongoing FDA recall involving onions that may be contaminated with salmonella. As it stands now, the onion recall is not only ongoing but expanding. Per an investigation, the contaminated onions can be traced back to two sources, ProSource Produce of Hailey, Idaho, and Keeler Family Farms of Deming, New Mexico. The onions were originally imported from the State of Chihuahua, Mexico, and encompass red, yellow, and white onions.

Because the producers listed above are wholesalers, they distribute onions to several companies across the country. As a result, some of the brands subject to the recall include HelloFresh, EveryPlate, Markon First Crop, and more. And now, the onion recall has been expanded to include onions sold at Walmart.

Stores where the recalled onions were available

Most recently, the FDA published a list of stores where contaminated onions were shipped to. The stores are located in a handful of states, including Illinois, Georgia, Kentucky, Michigan, Missouri, Mississippi, North Carolina, Ohio, Oklahoma, South Carolina, Tennessee, and Texas.

Keep in mind that the list of stores is only what the FDA has been able to glean thus far. The FDA adds that the list is not exhaustive and is subject to change.

Brands to keep an eye out for

The onions at issue were sometimes available under the following brand names:

The extent of the salmonella outbreak

According to the FDA, the onions at issue have been responsible for 800 illnesses to date. This has resulted in 157 hospitalizations and, thankfully, no deaths. The FDA notes that the last illness onset was on October 13, so hopefully, the worst is behind us. Still, given that there’s a chance that the onions subject to the recall are still in stores, it’s important as ever to remain vigilant.

The map below illustrates the incidence of salmonella cases across states. 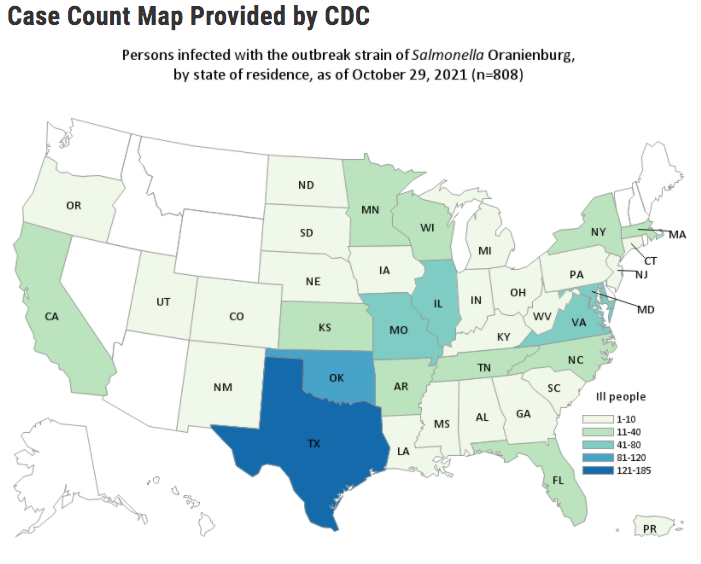 Because onions can last for up to three months if stored properly, the FDA warns that restaurants and stores may still have them in stock. What’s more, the FDA warns that consumers who believe they might have purchased the onions in question should exercise “extra vigilance in cleaning and sanitizing any surfaces and containers that may have come in contact with these products to reduce the risk of cross-contamination.” As the FDA notes, this includes “cleaning and sanitizing cutting boards, slicers, countertops, refrigerators, displays, and storage bins.”

Salmonella symptoms to keep an eye out for

Salmonella is quite common and infects nearly 1.4 million people every year. While that figure sounds alarming, a salmonella infection usually isn’t fatal and most people can recover on their own with a few days. In some cases, individuals may require antibiotics.  As we’ve highlighted before, salmonella every year results in 27,000 hospitalizations and approximately 420 deaths annually. A salmonella infection can be particularly dangerous for children, the elderly, and individuals with weak immune systems. The most common salmonella symptoms include fever, stomach cramps, and diarrhea.

In light of the above, this onion recall is certainly worth highlighting.

The FDA is urging consumers who believe they may have onions from Chihuahua, Mexico to return them to the place of purchase for a full refund. Consumers with any questions about the onion recall can call the company at 1–208-928-4959. The hours of operation are Monday-Friday, 8 am-5 pm MDT.