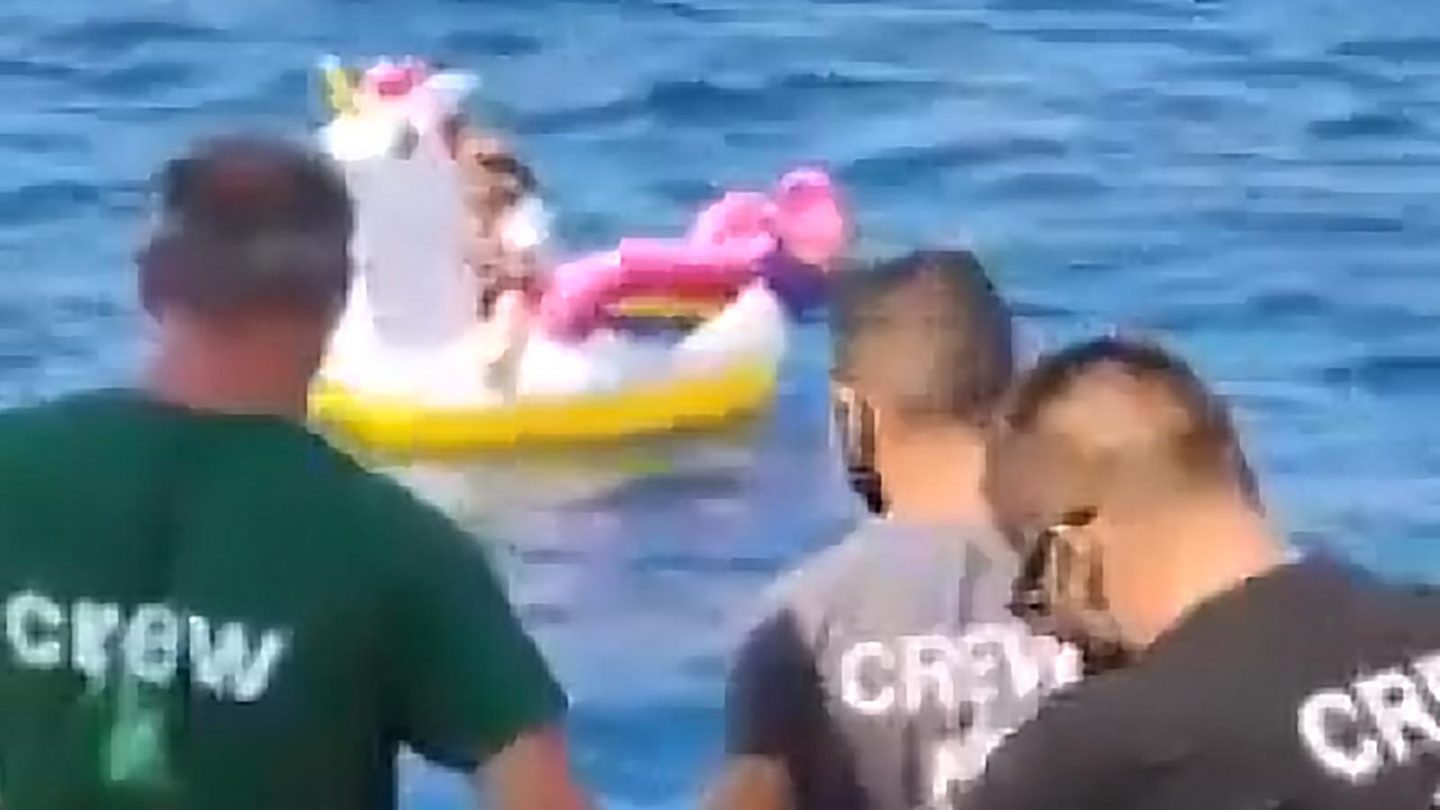 There are a lot of things ferry operators expect to see when they’re out at sea. Birds are common, as are other boats and perhaps even some aquatic wildlife breaching the surface to say hi. What they probably don’t expect is to see a little girl riding a mystical beast across the waves.

According to reports out of Greece, that’s exactly what one ferry found off the Gulf of Corinth. The girl, who is just four years old, had been enjoying her ride on a large inflatable unicorn when strong currents took her on an adventure of a lifetime. Thankfully, she made it home safe.

The girl was reportedly playing in her inflatable unicorn much closer to shore but her parents didn’t realize how far she had drifted until she was already a half-mile away. Unable to retrieve her themselves, they quickly called for rescue.

As luck would have it, a ferry was not far away, and the vessel rerouted to intercept the girl as she continued to drift out to sea. Captain Grigoris Karnesis was quick to respond.

“I was approaching the port of Antirio and I was notified by the Port Authority that a child, who I did not expect to be so small, had been swept away by the currents on a nearby beach, which is near the port pier,” Karnesis said in an interview with the Greek City Times.

A video of the entire ordeal began making the rounds on Twitter, and it’s clear from the relatively brief clip that the girl was way too far from shore for anyone to swim over and snatch her. A boat rescue was the only option, and that’s where the Ferry came in handy.

“She was frozen from fear, because the current was very strong. I put the ship in such a position so as not to affect the small inflatable,” Karnesis told the outlet. “I placed it in such a way that the ship was not affected by ripples, because if the inflatable sank we would have serious problems.”

The rescue went well, according to the captain, and the little girl was apparently in good health, but a little shaken from the whole ordeal. The whole saga is not unlike the tale of a dog that was clearly attempting to cross the ocean late last year before being spotted by people onshore and rescued by the Coast Guard. The only difference, of course, is that the dog wasn’t riding a unicorn. If she was, she might have actually made it.