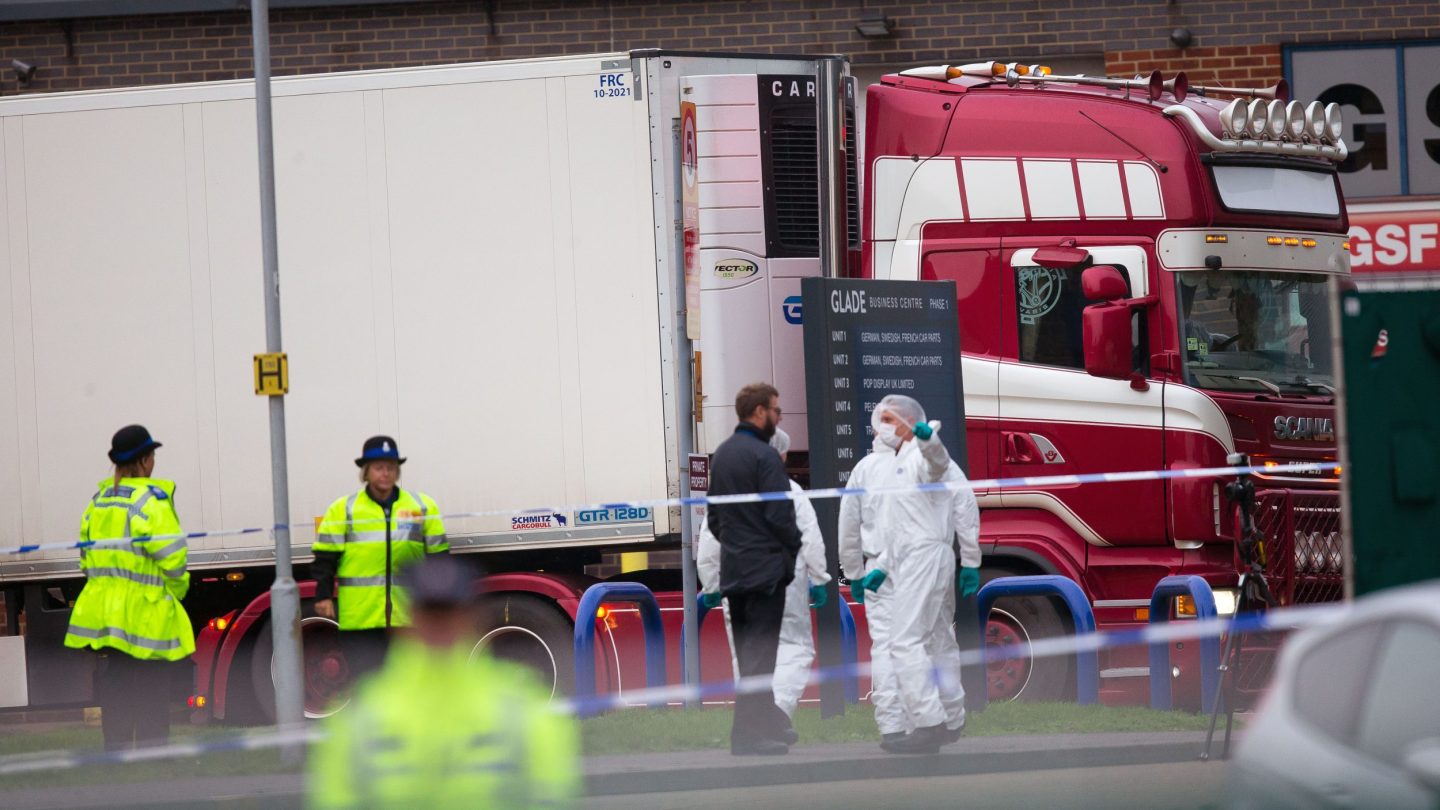 Police in the UK are scrambling this morning to solve not just one murder, but 39 killings that all surfaced at the same time. According to reports, a semi truck and trailer were found in Essex, about 30 miles outside of London, and the cargo is almost too grisly to comprehend.

Inside the trailer, a total of 39 bodies were found. 38 of the individuals were adults, and one was a teenager, according to police. It’s not immediately clear how authorities first learned of the truck and its gruesome contents, but a report from CNN claims that emergency medical responders alerted police. How medical services learned of the bodies has not been revealed.

The investigation is still in its early stages and initial reports regarding the origin of the vehicle were widely misreported. Some of those early reports said the truck and trailer arrived in Great Britain via the port of Holyhead, possibly from Ireland, but that the container may have originated in Bulgaria.

Now, authorities say that the truck itself originated in Northern Ireland, and the 25-year-old driver, also from Northern Ireland, is in custody. The trailer, however, is believed to have come from Belgium, not Bulgaria.

The truck has since been moved to what’s described as a “secure location,” and authorities are proceeding with their investigation. Perhaps the most troubling aspect of all of this is that nobody has any idea who the people in the truck actually are, where they came from, or how they died.

One of the most plausible explanations for all of this is that the truck was part of a human trafficking operation. In an effort to smuggle migrants into the UK without alerting authorities, container trucks have been used in the past. As CNN notes, one such smuggling operation led to the deaths of nearly 60 Chinese migrants who were being carried in an airtight truck to Great Britain. The passengers suffocated due to a lack of breathable air.

Police from the UK are working closely with their neighbors to determine the route of the truck and hopefully identify its true origins. The Essex police are urging anyone with information that may be helpful to the case to contact them immediately.