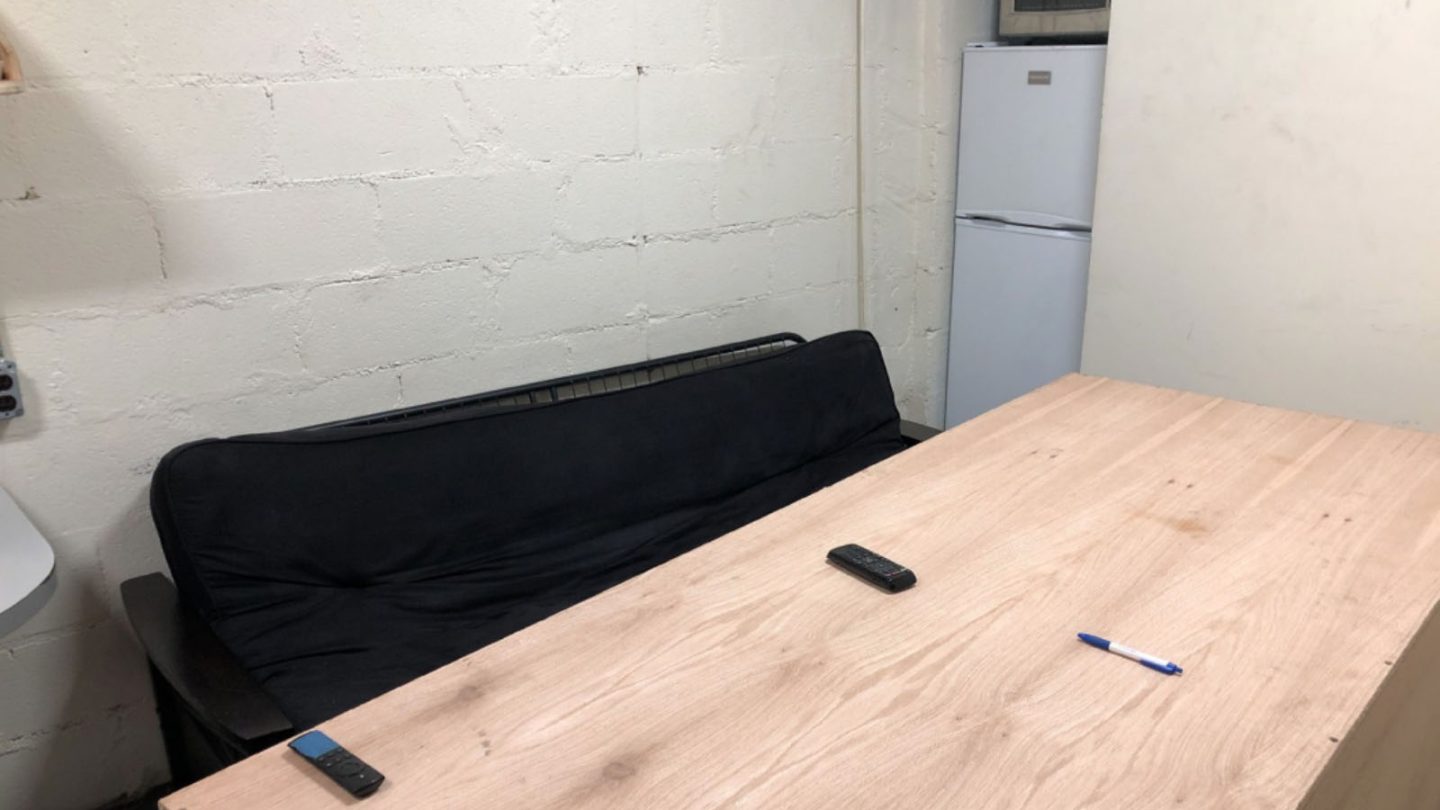 Wouldn’t it be nice to have a place you could kick back in the middle of a hard work day and just have some alone time? Sure, most businesses have break rooms of one kind or another, but for the hard-working men and women of New York City’s Metropolitan Transporation Authority, downtime is apparently hard to come by. So, a few brave souls did what anyone would do in this situation: They found an abandoned secret room beneath a Grand Central platform and turned it into a home away from home.

As NBC New York reports, a trio of MTA workers have been busted for constructing what is being described as a “man cave” in a locked room in the NYC subway, and it was fully decked-out.

According to the report, the room was supposed to be a storage room but wasn’t in use and had been abandoned. It’s unclear when the workers discovered it, but when they were finally busted the room had been outfitted with a futon, a fridge, multiple beds, and even a TV. The room was reportedly used to “get drunk and party,” which sure sounds like a great way to spend the workday.

“Many a New Yorker has fantasized about kicking back with a cold beer in a prime piece of Manhattan real estate — especially one this close to good transportation,” MTA Inspector General Carolyn Pokorny said in a statement. “But few would have the chutzpah to commandeer a secret room beneath Grand Central Terminal & make it their very own man-cave, sustained with MTA resources, and maintained at our riders’ expense.”

It was definitely a bold move, but the secret was kept safe thanks to the fact that most people didn’t even realize the room existed. The room was locked and even the security manager for that area of the subway network didn’t have a key for it. Somehow, the three MTA employees — who held jobs as a carpenter foreman, electrical foreman, and a wireman — gained access and used it to their advantage. The entire saga is being investigated, and the employees are suspended without pay while that investigation is conducted.

Going forward, metro authorities are reportedly planning on mapping out every room in and around Grand Central in the hopes of ensuring that there are no other unauthorized break rooms behind locked doors. It’ll be interesting to see what they find.