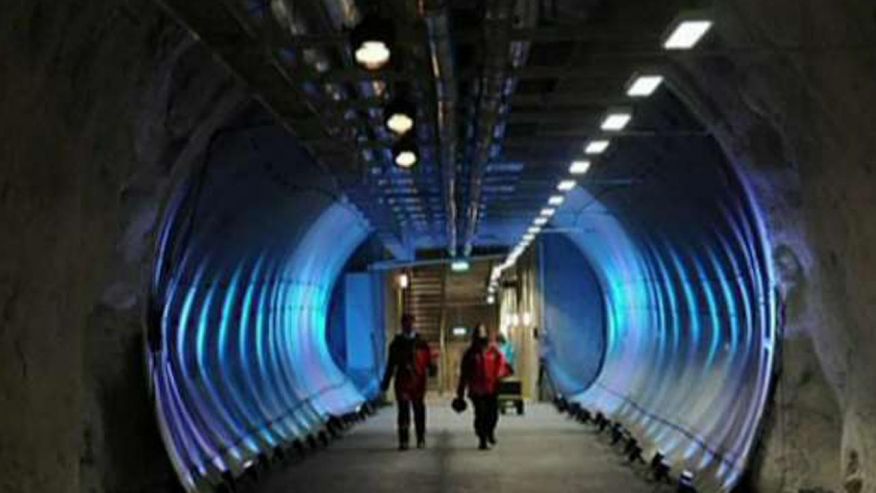 Who says there’s no good news? It just so happens that if all of humanity is wiped out in a nuclear holocaust, the people of Earth will leave behind a record of their existence in two “doomsday vaults” on the frozen island of Svalbard, halfway between Norway and the North Pole.

Svalbard’s first doomsday vault was built into the side of a mountain in 2008. Known as the Global Seed Vault, it stores duplicates of seed samples from across the globe. They’re essentially backups, stored at half a degree below zero Fahrenheit. If every kernel of corn in the world is wiped out by the unthinkable, there’s a backup in Svalbard waiting to be withdrawn.

The Seed Vault, which currently holds more than 880,000 samples from almost every country in the world, is big enough to store 2.5 billion seeds — an average of 500 seeds from 4.5 million varieties of crops, according to The Crop Trust, an international nonprofit dedicated to preserving global food security.

And now the vault has a sibling — a second doomsday vault designed to ensure that the world’s most important books, documents and data are preserved much more carefully than the people who wrote them.

Launched last week, the Arctic World Archive is a place where governments, research facilities, companies and private individuals can store their information for 4,000 generations, according to a report in Science Alert.

“We believe that we can save the data using our technology for a whole 1,000 years,” Katrine Loen Thomsen of the Norwegian technology company Piql told local broadcaster NRK.

LARGE PARTS OF THE AMAZON WERE ORIGINALLY PLANTED BY NATIVES

The data — “basically big QR codes” — is being stored in analog form, not digital, which could be vulnerable to cyberattacks and hacking, Piql founder Rune Bjerkestrand told Science Alert. When the data is physically etched into reels of film, it’s as if it were “carved in stone,” he said.

The new vault already contains the National Archives of Brazil — “…different kinds of documents from their national histories, like, for example, the Brazilian Constitution,” Bjerkestrand said. It also now holds materials from Mexico — “important documents, even from the Inca period.”

As for the people responsible for all these crops and data, no third vault for humans is planned, but Svalbard sounds like a nice, safe place to live. As reported in Science Alert, the nations of the world have agreed to keep it free from military installations and occupation, making it close to a demilitarized zone.

“We can be reasonably confident that no military attack will happen,” Pål Berg, of the Norwegian coal mining firm SNSK, told NRK.

You’ll want to pack an extra sweater, because it gets a bit chilly at night — especially in the winter, which lasts about half a year.

But that’s the price you pay for safety. And if the unthinkable happens, you’ll have more than enough seeds and books to last you a lifetime.