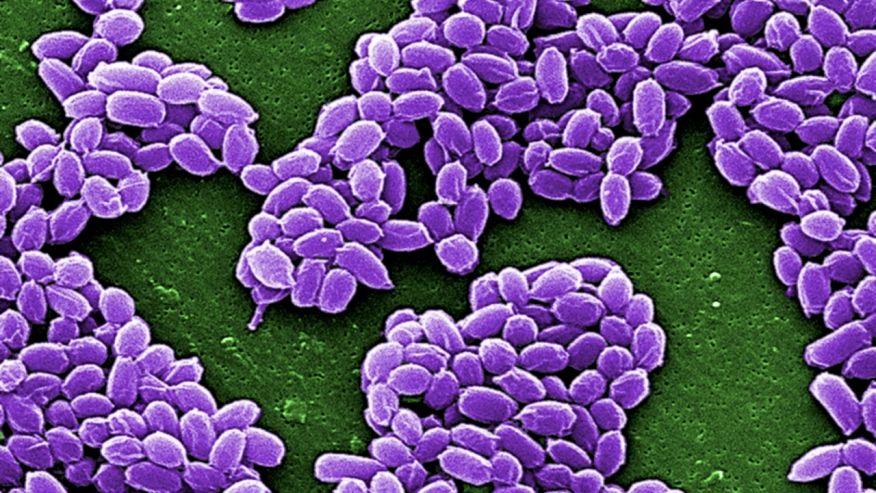 Some 37 years after the deadliest known release of anthrax spores in history in the Soviet city of Sverdlovsk, American scientists have sequenced the genome of anthrax DNA from the bodies of two people who died in the 1979 accident.

The study by scientists at Northern Arizona University and the Translational Genomics Research Institute (TGen) used deep DNA sequencing methods to recreate the genome of the anthrax spores that infected 77 people living near the Soviet anthrax production facility, 66 of whom died when a tiny amount of anthrax spores — between a few milligrams and a gram, or one-thirtieth of an ounce — escaped from a military facility known as Military Compound 19.

Until its collapse in 1991, the Soviet Union produced an estimated 4,500 metric tons of anthrax spores during its covert biological weapons program, research and production it repeatedly denied having carried out in violation of a 1972 treaty it had signed. Initially, Soviet scientists claimed that the victims had died after having eaten infected meat, a cover story that Moscow continued parroting until defectors from the illicit program described their work to western officials and American scientists were first permitted to visit Sverdlovsk in 1992.

The new study, which was recently described in the scientific press and was supported by a grant from the Department of Homeland Security, is being published Wednesday in the September issue of the journal mBio. It outlines in detail the anthrax strain that killed people at Sverdlovsk and concludes for the first time that Soviet scientists did not genetically manipulate the strain to make it resistant to antibiotics and vaccines. Had they done so, Moscow’s enormous anthrax arsenal might have been even deadlier.

“This genome is a benchmark, an essential part of our forensic arsenal,” said Paul Keim, a microbiologist at Northern Arizona University and director of TGen’s Pathogen Genomics Division who has been studying the Sverdlovsk anthrax leak and bio-weapons for over 20 years. “Thanks to modern genetic sequencing,” he said in an interview Tuesday evening, “we now know exactly what the Soviets were using in the signature weapon of what once was the world’s largest biological weapons program, and we will now have it in our genetic databases so that everyone will know that information.”

Andy Weber, a former assistant secretary of defense under President Obama and now a senior fellow at Harvard’s Belfer Center, said that Prof. Keim’s work could help deter future attacks by enabling scientists to identify the anthrax’s origin in the event of another attack. “If this strain, or anything like it, ever shows up again, or is ever used as a weapon against us,” Weber said in an interview, “we will be able to identify and track it back to its source.”

Bacillus anthracis, or anthrax, has long been a favored bacterium in secret germ weapons and terrorism programs. Encased in spores that protect the bacterium, making it resistant to high heat and cold temperatures, anthrax can lie dormant in soil for decades. Anthrax in food or in the air induces a usually fatal disease of coughing, high fever, hard breathing, chest pain, heavy perspiration, and a bluish discoloration of the skin caused by a lack of oxygen. Unlike smallpox, it is not contagious person-to-person. But if untreated, anthrax, if inhaled, kills 90 percent of those infected.

Some 15 years ago this month, one week after 9/11, letters filled with less than a quarter of an ounce of anthrax spores killed five, infected 17, and caused what the FBI estimated at over a billion dollars of damage. After the longest, most complex investigation in American history, the FBI asserted that Bruce Ivins, a scientist at the government’s premier bio-defense lab at Fort Detrick  in Frederick, Maryland where bio-weapons were once made before President Nixon banned them, had sent the lethal anthrax letters to journalists and two Democratic senators. A year-and-a-half after Ivins committed suicide in July, 2008, the FBI closed its investigation. Prof. Keim was one of the scientists on the independent National Academy of Sciences panel that wrote a report about the FBI’s scientific evidence.

His new study provides more information about the bacteria that leaked from the facility in Sverdlovsk, which remains part of Russia and is known today as Yekaterinburg. Although some believe that a faulty or missing filter at the plant enabled the deadly cloud to escape and travel over 31 miles to the town and countryside, it is still unclear what caused the deadly accident or precisely how Soviet scientists prevented the deadly bacteria from mutating over time. Keim’s team based its new research on samples taken from two of the original victims. which were collected by Soviet pathologists as the outbreak occurred. They later shared the samples with Matthew Meselson, a geneticist and molecular biologist at Harvard who was permitted to visit the city in 1992 and 1993. Although the tissue was fixed in formalin, embedded in paraffin, and its DNA was badly degraded, Prof. Keim said his team managed to sequence it and compare it with hundreds of other anthrax isolates.

He called the bacteria “an ordinary strain” similar to others that the Soviets and Chinese have used for vaccines. “This is a perfectly ordinary strain,” Prof. Meselson told this reporter and Science magazine, which first published a report on Prof. Keim’s paper in mid-August.

Ordinary anthrax, however, can still be deadly. In remote Siberia, a child has died, dozens of people have been hospitalized and over 2,000 reindeer have been infected in a mysterious anthrax outbreak that Russian scientists are now investigating. They believe the outbreak was caused by a heat wave, which thawed the long-frozen soil in Yamal Peninsula high above the Arctic Circle, and with it, a reindeer carcass infected with anthrax decades ago.

Judith Miller, a Fox News contributor, is an award-winning writer and author, and an adjunct fellow at the Manhattan Institute. The author of several books, her latest is “The Story: A Reporter’s Journey” (Simon & Schuster, April 7, 2015) now available in paperback. Follow her on Twitter @JMFreeSpeech.