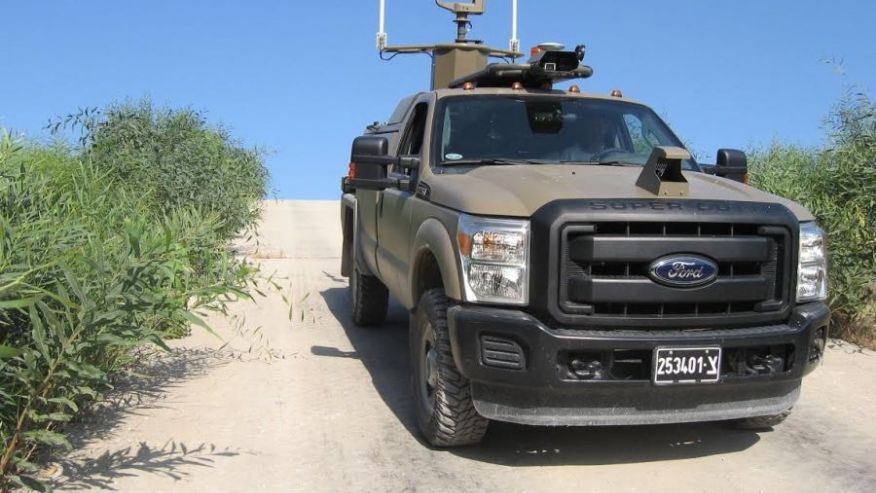 Israel is planning to bolster its high-tech arsenal by deploying fully autonomous military vehicles along the country’s dangerous border with Gaza.

“This is the future — the border is a very dangerous place,” an Israel Defense Forces (IDF) official told FoxNews.com, citing the threat of Improvised Explosive Devices (IEDs), snipers, anti-tank missiles and terrorist tunnels. “Sending unmanned vehicles to do these patrols means that troops lives’ are not at risk.”

UGV testing began in July 2015 and the trucks became operational in February.

Currently, each vehicle is driven by an operator in a remote control room using a steering wheel, joystick and pedals. In the next few months, the Israeli Army aims to deploy the UGVs semi-autonomously, with the vehicle driving toward a map coordinate set by its operator. The trucks, however, will still need their operators to guide them around any obstacles in their path.

Longer-term, the trucks will need less human intervention. “In the future, we will have the capability of fully autonomous driving,” the IDF official added, noting that the UGVs will autonomously navigate any obstacles in their path.

Troops can also drive the UGVs traditionally from the driver’s seat.

IDF declined to reveal how many UGVs are in operation or the exact timeframe for autonomous operation.

Plans are also in place to add a weapon to the vehicle. “We think at the beginning of next year, we will get a machine gun on the vehicle that will be operated from a control room – the machine gun will not be autonomous,” said the IDF official.

The UGV replaces the semi-autonomous Guardium vehicle that was deployed by Israeli forces in 2009. “The Guardium was unable to navigate obstacles by itself, but the UGV will be able to,” explained the official.

The Israeli Army wants to eventually deploy the UGVs on Israel’s other borders with Egypt, Jordan, Syria and Lebanon.

Israel is not the only country looking to harness autonomous military vehicles. The U.S. Army, for example, recently tested driverless vehicle technology in Michigan. The Army’s Tank Automotive Research and Development Center (TARDEC) also showcased one of its autonomous vehicles at the Detroit Auto Show earlier this year.