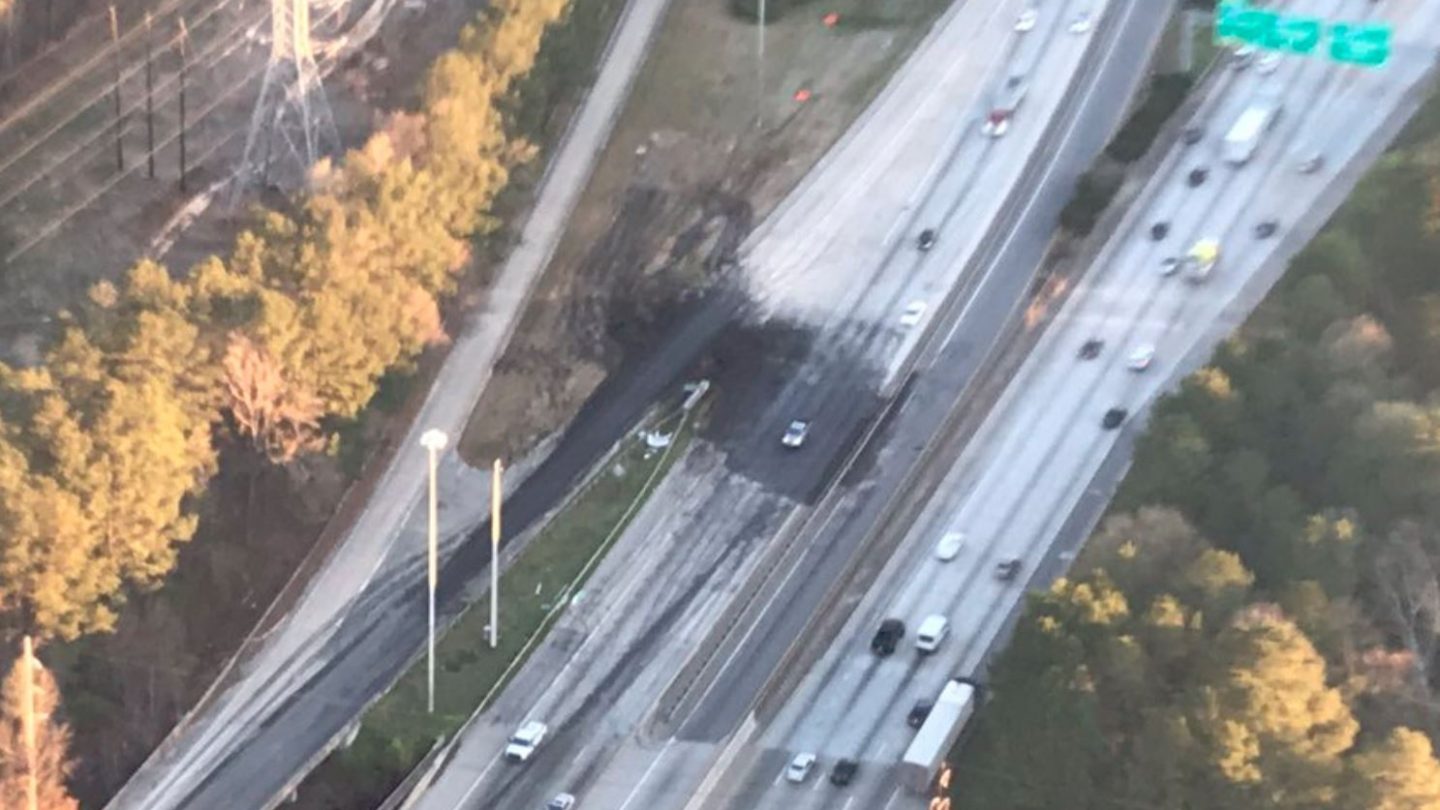 The cost of printer ink has long been known as one of the biggest scams in all of retail. You pay big bucks for tiny plastic vessels of ink that seem to run out way too fast, and once they do you have no choice but to buy more. Yesterday, one driver in Atlanta got a bit of revenge on the printer ink industry, and did so completely by accident.

As Atlanta’s WSB-TV reports, a semi hauling printer ink was involved in a one-vehicle accident on I-285 that resulted in some 40,000 pounds of the pricey ink spilling onto the roadway. That’s one seriously expensive accident.

The semi driver was not injured in the crash but claimed that he lost control of his vehicle after being cut off by another driver.

“The driver of the overturned vehicle advised that he was attempting to avoid another vehicle when he lost control of the tractor-trailer, which flipped onto its side,” Atlanta police told reporters. It’s unclear if the other driver stayed at the scene or kept driving, but the accident remains under investigation by authorities.

Paying big bucks for printer cartridges never feels good, but this crash was more expensive than you can probably imagine. Gizmodo, using data from Consumer Reports on the cost of printer cartridges, estimates that the crash cost around $13 million.

Of course, when you’re buying printer ink you’re not really paying for the ink so much as you’re paying for a fancy little proprietary cartridge that just so happens to fit your exact make and model of printer, of which there are literally hundreds. Nevertheless, it’s not a cheap wreck.

Perhaps the most amusing part of this entire story is that now, even after being dried with sand so that the road could be reopened, the ink has left a massive black stain on the pavement.

We told you it would leave a mark! Here’s what it looks like when a big rig crashes & dumps 40k lbs of printer ink! I-285/sb before MLK Jr Dr. @wsbradio #skycopter @wsbtv #captncam pic.twitter.com/bdzhWc1XcS

Yeah, that’s going to be there for a while.