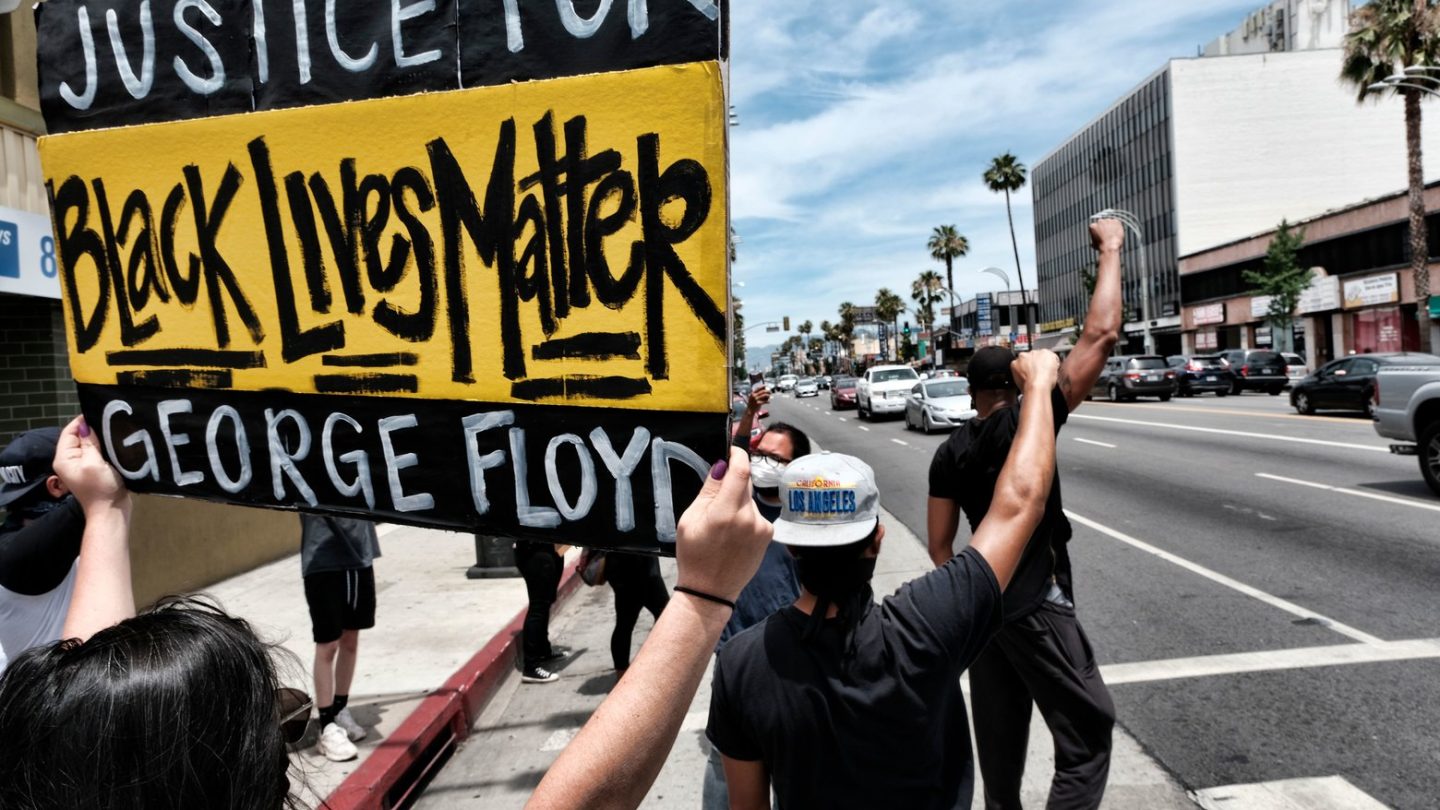 It’s been an extraordinary 72-hours or so in America, with journalists and social media documenting in unsettling, dramatic, and historic detail the unrest that’s consumed the country since the killing of George Floyd at the hands of Minneapolis police last week. Police protests, demonstrations, and outright riots have been multiplying and escalating around the country.

On Monday night, meanwhile, I saw one of the most surreal things ever captured by a television news crew — in this case, a TV news crew from the LA neighborhood of Van Nuys. You can watch it via the tweet below from Los Angeles Times sports columnist Arash Markazi, and what it shows is the aforementioned news crew documenting what appears to be a standoff between armed business owners who are trying to dissuade what purport to be looters. As the crew continues to film, the cops eventually roll up, having been waved down for help in protecting the business. But it got surreal from there.

With the cameras still rolling, the cops seem to make a beeline straight for the armed business owners and the people who’d flagged the cops down, putting them all up against the wall. “Oh no, no …” you hear the reporter say before she frantically tries to get the cops’ attention and explain that they’re not the problem. “Calm down,” one of the cops says, before continuing over to the wrong people.

A black family tried to get the attention of the police to protect a neighborhood store in Van Nuys and were immediately handcuffed. pic.twitter.com/5iZRXUvbMP

This clip has been going viral on Twitter, with some commenters pointing out that this is why African-Americans are mistrustful of the police. If anything, the clip also shows how quickly events can spiral out of control, with the cops able to be seen pointing weapons at the wrong people herein.

For a bit more context, the news crew had just finished interviewing the family associated with this business, before things came close to spiraling out of control:

Moments before they were handcuffed after trying to get the attention of the police, the woman described why it was important for her and her family to protect the store and their neighborhood. pic.twitter.com/BOFknyzUW1

One of the obvious takeaways of this encounter is that it was a good thing the news crew was there and had a camera rolling, which allowed the reporter to help eventually point things out to the cops and get things sorted. Of course, this is also the only reason why the story of George Floyd and his death in Minneapolis was able to be shared and to be seared onto the consciousness of the nation — someone happened to be there, and that someone had the presence of mind to keep a cellphone camera going during the tragic episode.