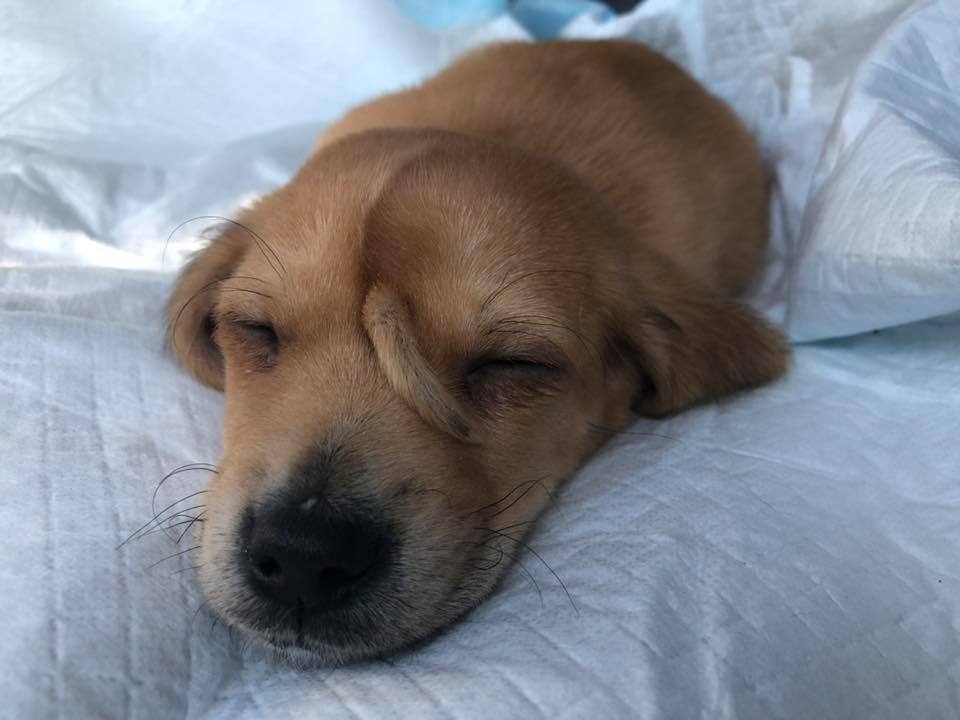 The golden retriever puppy named Narwhal who was found and is being cared for by Missouri-based rescue service Mac’s Mission is one of the most extraordinarily cute canines you’ll ever see. That’s not hyperbole — it’s thanks to the fact that this good boy has a tail growing from his face, which is why he was given the name of a whale that has a tusk extending from the canine tooth.

The rescue service found Narwhal, who’s since become an Internet sensation, after he’d been wandering around in freezing cold temperatures in Jackson, Missouri. Besides the unusual tail on his face, he also was nursing an injured paw.

According to the New York Post, the service took “Narwhal” to the vet to have a closer look at the tail and to see if there was anything special they needed to know. The tail didn’t seem to bother the young canine or get in the way of him cutely scampering around, as you can see in the video below. Accordingly, there’s no plan to have the tail removed after the vet studied it, saw it’s not connected to anything inside and doesn’t seem to pose any problem.

On the rescue service’s Facebook page on Tuesday, the organization posted that Narwhal seems to be “completely healthy,” all in all, other than some usual puppy worms that he’s getting medication for.

“The million-dollar question about Narwhal’s extra tail on his face — Is it connected and does it wag?” the post continues. “The extra tail is not connected to anything and has no real use other than making him the COOLEST PUPPY EVER! … The unicorn face tail does not bother Narwhal, and he never slows down just like any normal puppy.”

Mac’s Mission is planning to hold on to the doggo for a little while longer, keeping an eye on him as he grows and making sure the face tail doesn’t eventually turn into a problem of some sort. For now, he’s continuing to bask in the service’s love that has also happened to turn him into the dog version of an Internet celebrity. This photo of him, posted to the service’s Facebook page on Tuesday night, has been “liked” at the time of this writing almost 9,500 times.