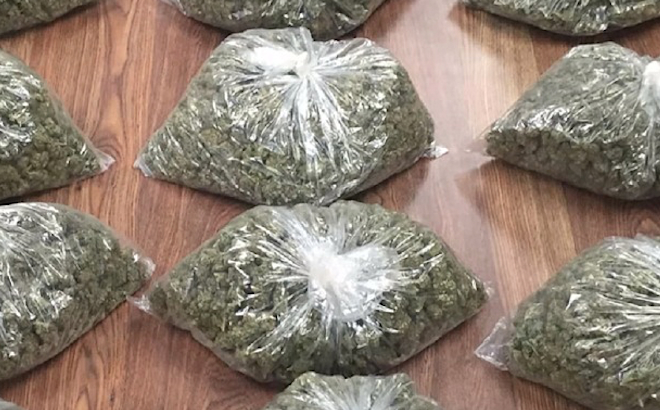 The following isn’t the silly plot of an upcoming movie starring Seth Rogen and James Franco, though the story of Leland Ayala-Doliente, 22, and Holland Sward, 23, is definitely worthy of a marijuana-fueled comedy: the two weed dealer wannabes were so high during what would have been a successful 20-pound smuggling operation that they called 911 to save them from the undercover police officers who were chasing them in civilian cars.

Best of all, the audio recording from this particular 911 call is available on YouTube in its entirety. And before you ask, no, there were no undercover police following them when they called for help.

“Hi, we’re the two dumba—s that got caught trying to bring some stuff through your border and all your cops are just driving around us like a bunch of jack wagons and I’d just like you guys to end it. If you could help me out with that, we would just like to get on with that,” Ayala-Doliente told the operator, as can be heard in the recording.

He continued, “We kind of got spooked here trying to bring some stuff across your Idaho border. A bunch of your cops are driving around in a bunch of civilian cars not wanting to pick us up. I don’t know what’s the deal. I was just wondering if you could help us out and just end it.”

The police came and apprehended the two suspects, who were found in a parking lot outside the car with their hands above their heads and the marijuana waiting to be collected, The Telegraph reports.

Ayala-Doliente, who tested positive for marijuana, cocaine and oxycodone on his sentencing day, got one-and-a-half to eight years in prison for drug trafficking. Sward was sentenced to 30 days in prison after pleading guilty to a downgraded charge of possession with intent to deliver.