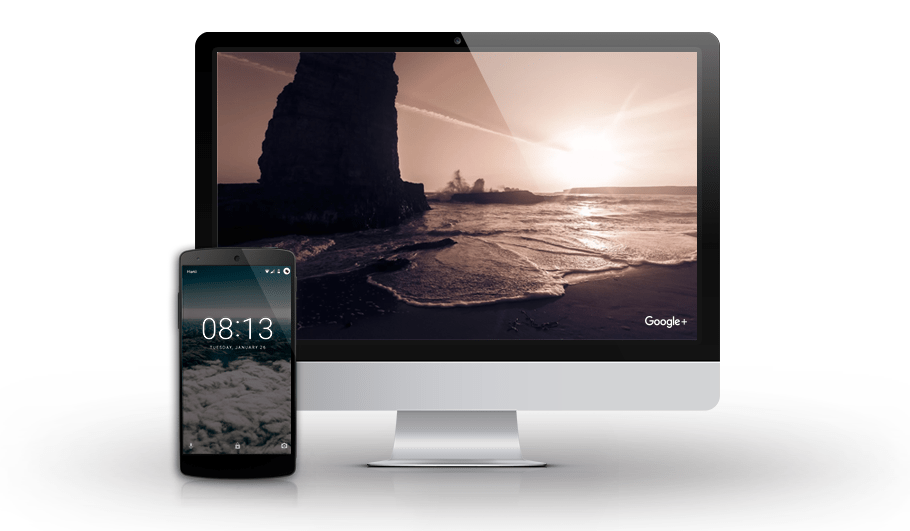 If you’re a Chromecast owner, you know that letting the device site idle can be entertaining all on its own. That’s because Google’s fantastic photo stream screensaver pulls a seemingly endless collection of breathtaking shots from the web and displays them in high-resolution glory. Now, Google is treating Mac users to the very same eye candy.

The screensaver — which is officially called “Google+ Featured Photos Screensaver” because they couldn’t think of a catchy name, apparently — pulls snapshots from the massive collection of user-uploaded media on Google+.

DON’T MISS: Leak reveals another key Galaxy S8 feature that has never been seen before on an iPhone

Each photo is presented in fullscreen, and they’re all scaled perfectly to fit whatever display you happen to be using on your Mac. If you’re using two or more displays, a different photo stream will be shown on each, so there’s no double-vision effect with cloned photos on side-by-side monitors.

The download is a .saver file, so it’s a quick install for either a single user or multiple different user profiles. You’ll also get a prompt to allow the app to update automatically, which makes sense considering the screensaver is constantly pulling new content from Google+ in order to keep things nice and fresh.

With modern day computer display technology, screensavers are a bit of anomaly. We’re not longer at a huge risk of screen burn-in with most computer monitors, and the default settings on Mac OS typically put your monitor to sleep before a screensaver would kick in anyway, but if you’re the kind of person that likes to keep your monitor alive even when you’re using it, you’ll be hard pressed to find a screensaver with more personality than Google’s Featured Photos.