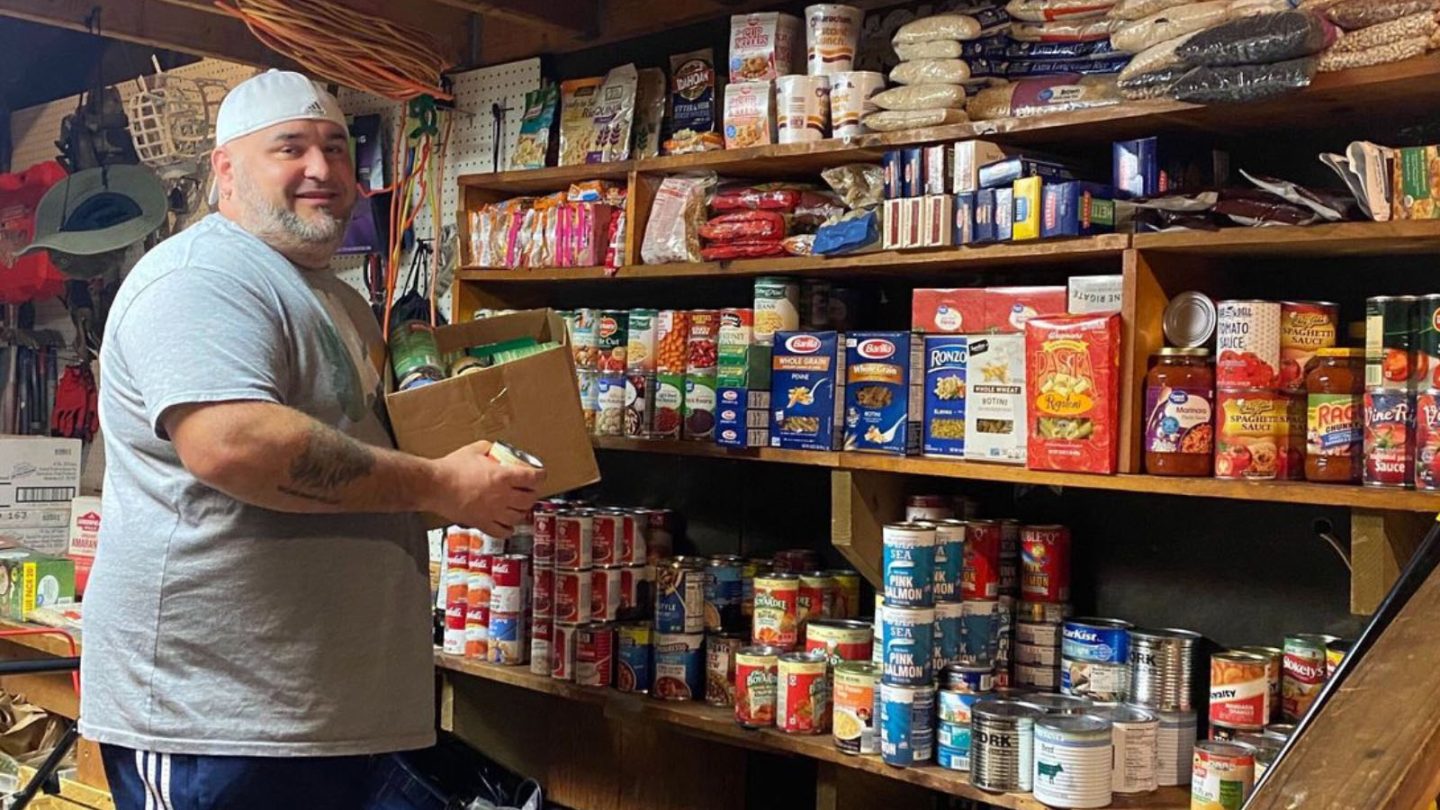 With the coronavirus pandemic still sweeping the globe, there are many, many people who are without jobs. A New Jersey man named Barney Corrigan found himself short on work as a caterer and, without his days being filled by hauling food to various gatherings, he decided to turn his own home into a place where anyone could get a bite to eat, and for free.

As WPVI reports, things started off relatively small, with a shelf of canned goods in front of his house and a sign letting people know that the food was free to take. It wasn’t long before his idea blossomed into a full-fledged food pantry that now dominates his garage.

Once the community noticed what Corrigan was doing, they began donating their own food for others who may need it. Before long, Corrigan found himself with “way too many donations,” and had to expand to his garage. He also began receiving monetary donations via Venmo and Cash App, which he uses to keep this pantry well-stocked. He carries everything from canned foods to baby diapers.

A sign that reads “Barney’s Place Food Pantry” now tells passersby that they’ve found the right place, and the New Jersey man opens his doors to every other Saturday between 8 am to 1 pm. Anyone who stops is welcome to fill a back with whatever they might need and take it home for free.

As for what Corrigan gets out of the whole deal? He finds that meeting new people is the best part of it all. “The biggest thing I get out of it is talking with people,” Corrigan told NJ.com. “They tell me their story, why they’re in the situation that they’re in, they bring their kids with them. It makes my week every time.”

Incredibly, while Corrigan’s garage is currently serving well as a food pantry, he may ultimately have to find somewhere else to store his growing stockpile. He’s now overcome with donations and says he had thought about trying to find somewhere bigger to hold all the food and supplies.

It’s obviously incredibly cool that Corrigan has decided to put so much of his own time and effort into helping others. At a time like this — or, should I say, in a year like this — people willing to help others are incredibly valuable to their friends, families, and as we can see in this case, entire communities. Be more like Barney.