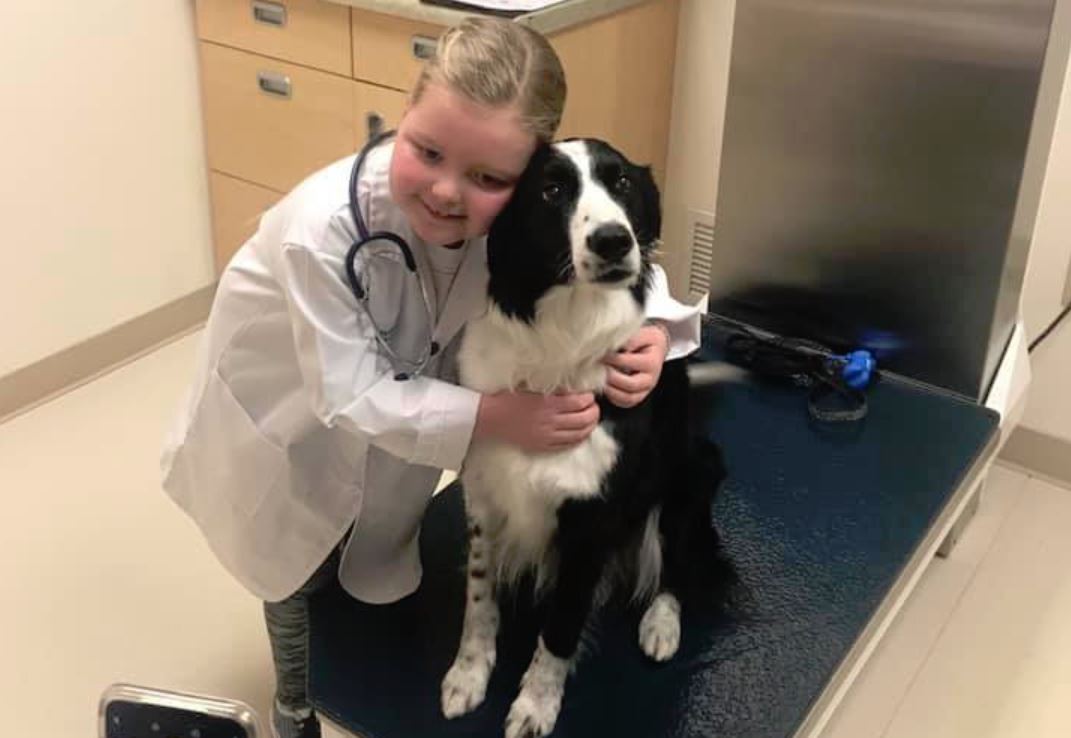 Fighting a brain tumor isn’t easy, and beating it requires a vast support network of doctors, specialists, and of course friends and family. A 7-year-old Wisconsin girl named Emma has all of that, but when she was diagnosed with an inoperable brain tumor called diffuse intrinsic pontine glioma (DIPG) she wanted one more thing: pictures of dogs. Lots and lots of pictures of dogs.

Emma, who loves dogs, wants to see as many as she could, and once the internet heard her story it responded in incredible fashion.

Emma’s medical plight came from out of nowhere. Otherwise perfectly healthy, Emma complained of a headache one weekend in January. Within days she had endured multiple surgeries to relieve pressure on her brain from swelling. Radiation followed and her treatment is still ongoing while doctors monitor the status of the tumor.

Throughout all of it her only wish has been to see as many puppies as possible. As documented on her official Facebook group page, she’s been meeting police dogs, visited a veterinary clinic (where she was an honorary vet for a day), and her family has been flooded with photos and stories of dogs for Emma to enjoy.

In fact, the response has been so overwhelming that Emma’s parents had to specify that dog photos be sent via Facebook because so much mail was arriving at their home they couldn’t keep up with it all.

Emma’s family is maintaining a CaringBridge page for updates on Emma’s progress and there’s also a GoFundMe account set up to help with the mounting medical expenses of her treatment. If you have puppy pics to share (and you better!) you can post them on Emma’s Facebook group page.

The internet can be a pretty depressing place sometimes but every once in a while this incredible worldwide network of computers proves that it can actually do some good for humanity.