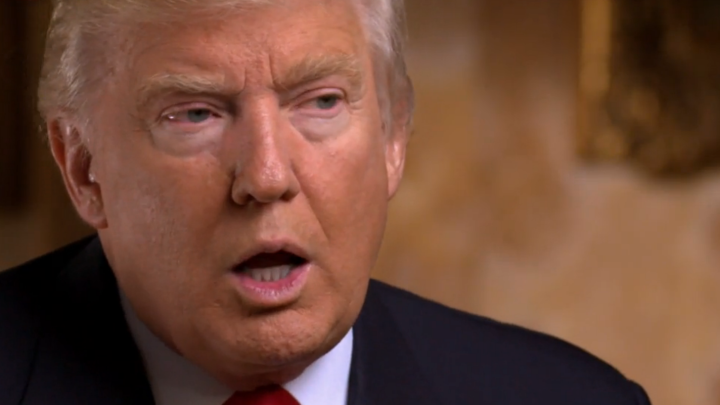 As Donald Trump begins his transition to the Presidency, it’s becoming increasingly clear that his ambitions are not meshing perfectly with reality. Now it seems that “great, great wall” that became an iconic part of Donald Trump’s improbable path to the White House might actually not be a wall at all.

In his first televised interview since being declared the winner of the election, Trump appeared on 60 Minutes and repeated his vow to build something between the United States and Mexico, while at the same time rolling back on his pledge that it’ll actually be a solid wall.

When pressed by CBS’s Lesley Stahl about the possibility that his promised wall might actually just be a fence, as has been discussed among Republicans in Congress, Trump admitted that it might very well be.

During Trump’s campaign, he made several claims regarding the promised wall, including that it would be constructed out of precast concrete, and that it could reach as high as 50 feet. Construction experts have repeatedly shot down Trump’s promise that the wall would cost as little as $8 billion to build, with estimates from people who weren’t running for President as high as $26 billion.

The US-Mexico border is just shy of 2,000 miles long, of which about 650 miles is currently already fenced in one form or another. Those fences, as has been well documented, are easily scalable in most, if not all stretches, which is likely why Trump’s promise of a more solid replacement resonated so well with his supporters.

In the wake of an election, reality often sets in, and in this case it appears increasingly likely that “the wall” will be nothing more than another unfulfilled campaign promise.