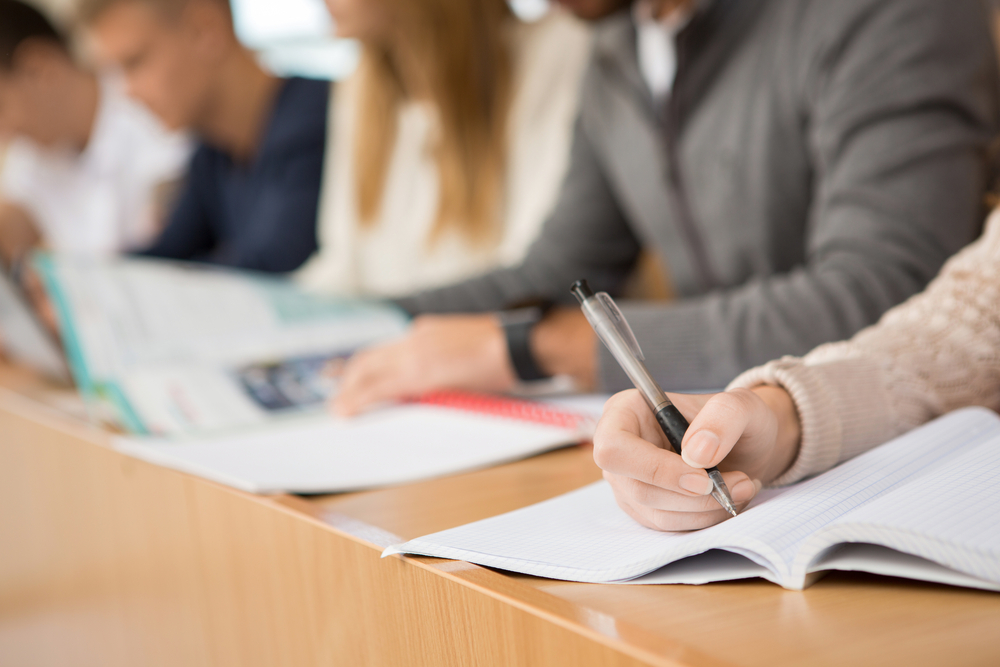 Students cheating in exams has been around for as long as there’s been exams. But while most individual-level cheating involves a few scribbled notes and surreptitious trips to the bathroom, prosecutors in Singapore have busted a cheating ring they say used hidden earpieces and smuggled cellphones to make tens of thousands of dollars.

As the BBC reports, Singaporean tutor Tan Jia Yan pleaded guilty to helping six Chinese nationals cheat in English, Math, and science exams. The exams were nationally-administered O-level exams, typically taken when the subject is around 16.

However, the 32-year-old Tan Jia Yan registered for the GCE O-levels as a private candidate, and then taped an iPhone with a live FaceTime call to the inside of her shirt. The iPhone relayed back the exam to accomplices at the tuition center. Those accomplices would then call the students, who had flesh-colored earpieces in, and read the answers to them, Channel News Asia reports.

The scheme ran for five days in 2016, but was eventually uncovered when an invigilator noticed an “unusual noise” coming from one of the participants in the scheme. “He was taken aside after the exam and asked to remove his vest, under which a mobile phone was found,” Channel News Asia said. “A Bluetooth device and a skin-coloured ear piece were also found on him.”

The tutor and accomplices were well paid for their services, according to the BBC. The principal of the tutoring center received $8,000 as a deposit and $1,000 for every extra pupil, with all the money fully refundable if the students failed the exam. The BBC didn’t report whether anyone did actually get the money back.