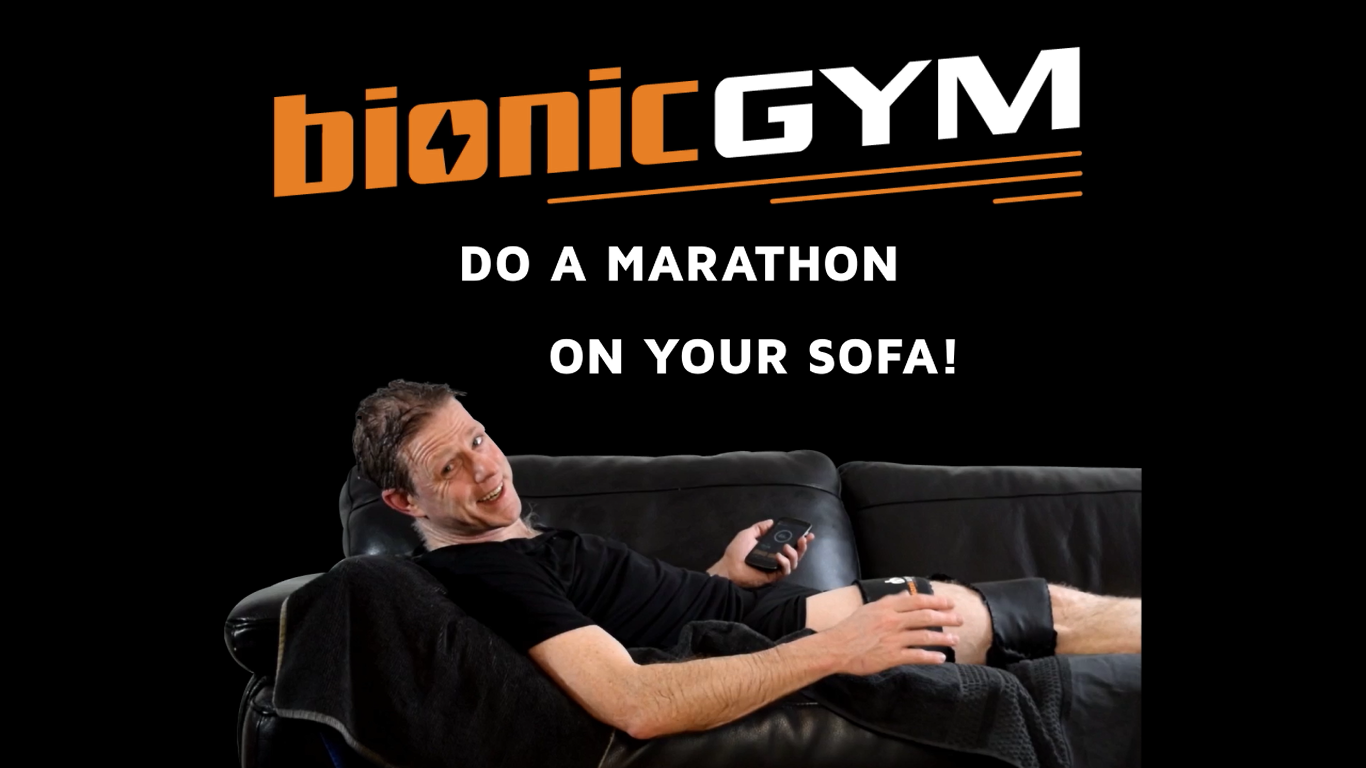 Machines that effortlessly make you burn calories and tone muscle and normally seen on the Shopping Channel sometime after 11PM, and spend less on science than on makeup artists for the infomercial.

So when an Indiegogo comes along promising the same sort of thing, I wouldn’t normally look twice. But a wealth of science, medical backing and peer-reviewed studies makes this look legitimately interesting.

The premise behind BionicGym is simpler than most auto-weight-loss machines: shivering burns calories, so if you can attach electrodes that make your muscles shiver at a particular frequency, that will indeed burn calories. It doesn’t sound like a pain-free workout, but rather just a more convenient alternative to going to the gym.

The device uses electrical muscle stimulation (EMS), a fancy way of saying electrodes zap your muscles into movement. It’s been used in clinical settings before, but the team behind BionicGym is trying to turn it into a commercial alternative to treadmills. In their test, which has been published in a properly peer-reviewed journal, an EMS device was used on a person for a series of exercise sessions, during which heart rate and oxygen uptake increased dramatically, just like you’d see during a normal gym session.

As a proof of concept, EMS as an alternative to exercise seems to broadly work. The bigger question with BionicGym is how it will scale to different people in different settings, and whether the device can be manufacturered on schedule and under budget. Those are the same concerns with every crowdfunding campaign, and why you need to treat every project with a healthy dose of skepticism.

One BionicGym will run $350 from the Indiegogo campaign. That’s a lot of money for an idea, but also really just the same as a gym subscription for a few months.