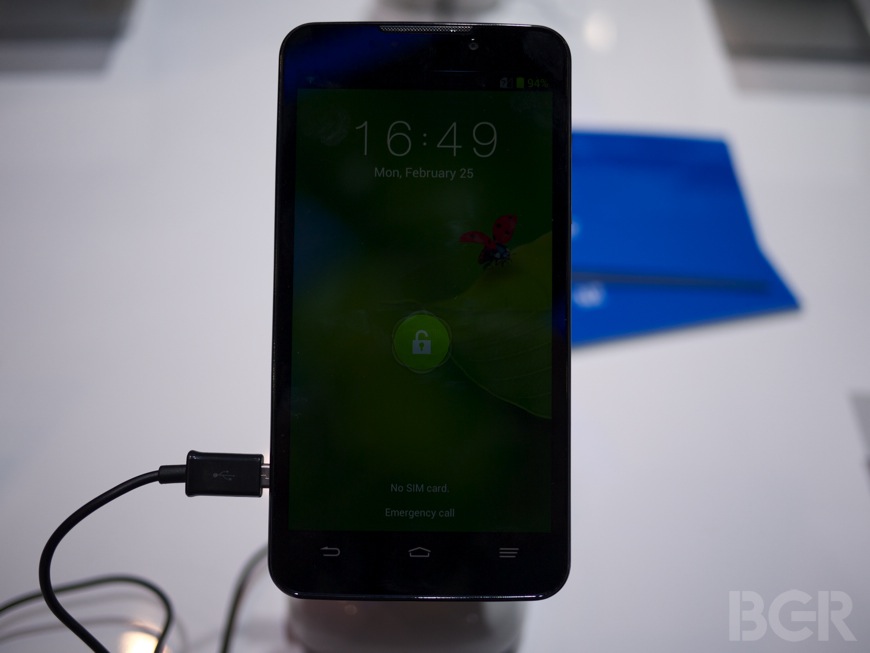 One thing is quite clear: Samsung’s (005930) gamble on the 5-inch handset market is catching fire. Manufacturers seem to be scrambling to concoct their very own iteration of the “phablet,” clearly attempting to capitalize on the newly forged market space created by the world’s largest Android manufacturer. Unfortunately, where Samsung led with innovation and foresight, most of these other companies seem to be playing a rather embarrassing game of catch up. Case in point is ZTE (0763).

The Grand Memo is ZTE’s flagship phone, sporting a quad-core Qualcomm chip (running at an undisclosed clock speed), 1GB of RAM, 16GB of on-board storage, and a 3,200 mAh battery. Lots of bells and whistles, with the requisite sensors and radios, and a rather impressive 13-megapixel rear facing camera. All running underneath a 5.7-inch TFT HD display. The display is not full HD, only 720p here, but its 257 pixels per inch provides a decent viewing experience.

Great… but, nothing here to differentiate it from the pack of “me too’s” running wild through the halls of Mobile World Congress. In practice, the phone is slick and responsive, though ZTE’s version of Android 4.1.2 seems to add more confusion than functionality. The manufacturer’s skin shoots deep into the OS, with almost every stock Android app replaced with some bizarre-looking ZTE variant.

The most useful customization comes in the form of ZTE’s mi-POP, a small set of basic controls that can be placed according to the user’s preference. Home, back, and menu keys, as well as a small keyboard and number pad make single-handed use a bit more practical, though holding a device of this size with one hand is never going to be convenient or comfortable. Aside from this small bit of thoughtful concession to the user experience, however, we couldn’t find much that warranted more than a passing glance.

The problem is not performance or hardware design. The phone looks fine and performs fluidly. But the market is close to buckling under the weight of these big phones, and there’s simply no reason, save for a few choice software customizations, to opt for the Grand Memo over any other 5-inch-plus handset.

The ZTE Grand Memo will launch in China in March for an undisclosed sum. No plans for a U.S. release have been announced.