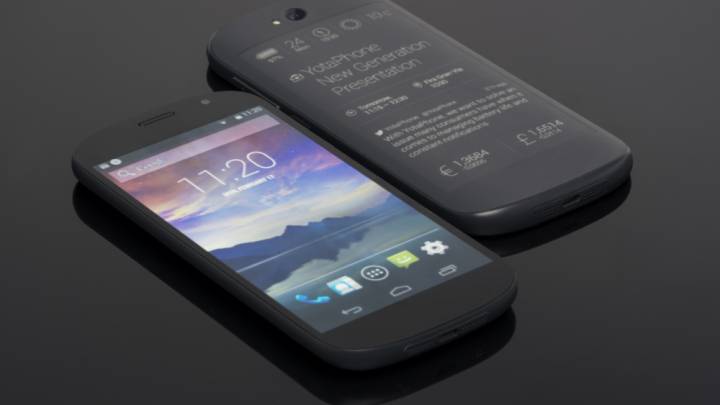 This week has been packed with exciting smartphone announcements, from the refreshingly gorgeous design of the Galaxy S6 and Galaxy S6 edge to the tried and true look of the HTC One M9.

We’ve also seen the future of the most secure Android phone on the planet, and even a few Lumias worth your consideration.

But nothing we’ve seen is as inexplicably weird as the YotaPhone 2, which is coming to the U.S. this year, according to Phone Scoop.

READ MORE: Pro photographers deliver the final word on which smartphone has the best camera

We actually first saw the YotaPhone 2 at Mobile World Congress last year, where it promptly went out of sight, out of mind, and we all but forgot it existed. Now Phone Scoop is reporting that the phone with an e-paper display on its backside is finally making its way to the West.

Spokesperson Matthew Kelly says that the YotaPhone 2 will be funded with Indiegogo for its U.S. debut this spring. It will be compatible with both AT&T and T-Mobile, and should retail for around $600. Incentives for pledging to the Indiegogo campaign might include bumper cases or even a discount on the phone itself.

An update to bring the phone up to speed with Android 5.0 Lollipop software is expected to drop shortly before the phone reaches the U.S. This update will include a new version of the API for third-party app support on the e-paper display.