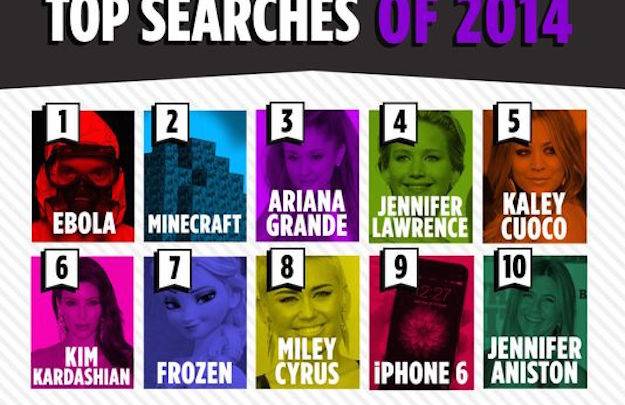 As has become the trend, celebrities dominated the charts in Yahoo’s yearly ranking of top searches for 2014. Jennifer Lawrence, Kim Kardashian and Miley Cyrus are unsurprising additions to the list, but climbing its way into ninth position is one device that people around the country are still lining up for months after launch: the iPhone 6.

Four out of the past five years, the iPhone has found its way on to Yahoo’s list of top searches, taking the ninth spot for two consecutive years. Although Hollywood’s biggest stars still receive more attention than Apple’s phones, the panic surrounding a potential Ebola outbreak in the United States vaulted the disease to the top spot.

Rounding out the list are Minecraft and Frozen at #2 and #7, respectively. If it wasn’t clear before that kids have a major influence on search traffic, it should be now.