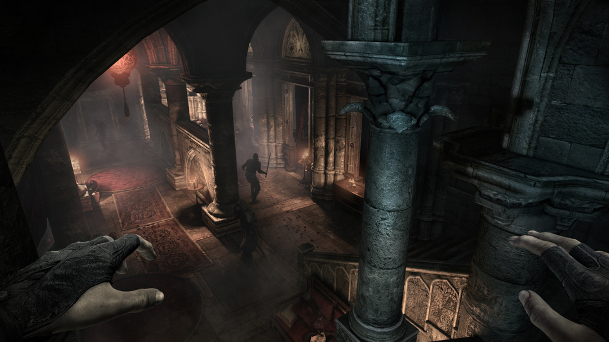 Microsoft has been receiving a great deal of grief recently for the seemingly impaired visual quality of some upcoming multiplatform releases on the Xbox One, Metal Gear Solid V: Ground Zeroes chief among them. Although the contrast is exceedingly mild, Xbox One owners understandably want the visuals in their games to match those of the PlayStation 4, but according to Total Xbox, Daniel Windfeld Schmidt, lead level designer on the upcoming multiplatform title Thief, thinks the issue is only temporary.

“I think it’s going to auto-balance in a while,” said Schmidt. “As soon as you start playing the game, it’s going to be much more about ‘oh, how do you do this thing’ or ‘oh, you got that thing’ — that’s the kind of talk that I hope will become more the focus. But until you get your hands on it, it’s whatever topic comes up.”

Thief will run at 900p on the Xbox One and 1080p on the PlayStation 4, yet another sign that developers are still struggling to reach full HD without sacrificing quality in other aspects of the software. Despite the lower resolution, art director Nick Cantin says that there will only be “minor differences” between the two versions, and “it becomes a bit tedious” to find any real discrepancies.