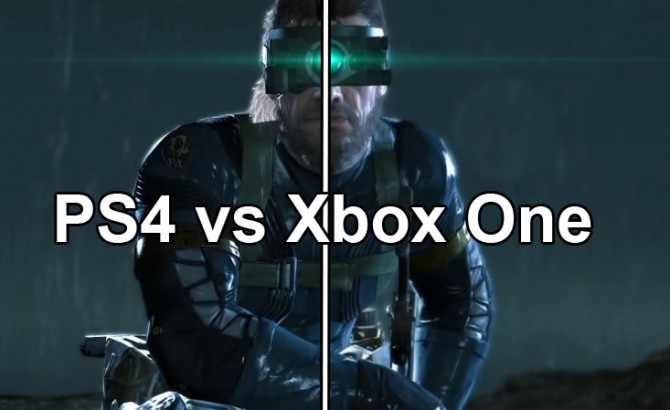 Owners of Microsoft’s new Xbox One already have several awesome games to choose from, and there are plenty more coming down the road. The console also includes a next-generation Kinect sensor that will potentially take motion and voice control integration to the next level. But while Microsoft chose to focus on a wider range of functionality and cloud processing support, Sony packed more power into its box. As a result, some early games will be available on the PlayStation 4 with visual quality that the Xbox One simply doesn’t match. One such example, as it turns out, is Konami’s hotly anticipated title Metal Gear Solid V: Ground Zeroes.

We covered some preliminary comparison shots that showed the differences between the picture quality of Metal Gear Solid V on the PlayStation 4 and Xbox One, and now much more detailed comparisons are available. As we discussed, the new game will run in native 1080p on Sony’s PS4 while the Xbox One version will be 720p.

GameTrailers.com has now put together a video that does a terrific job of comparing the different next-gen versions of Metal Gear Solid V, and it also shows gameplay footage of the Xbox 360 and PlayStation 3 versions.

In the end, the PS4 and Xbox One versions of Metal Gear Solid V both look significantly better than the previous-generation versions, but there’s no denying that the 1080p PlayStation 4 title outshines the Xbox One’s 720p game by a pretty big margin.

The comparison video follows below, and DualShockers also has a few stills and GIFs for additional comparisons.