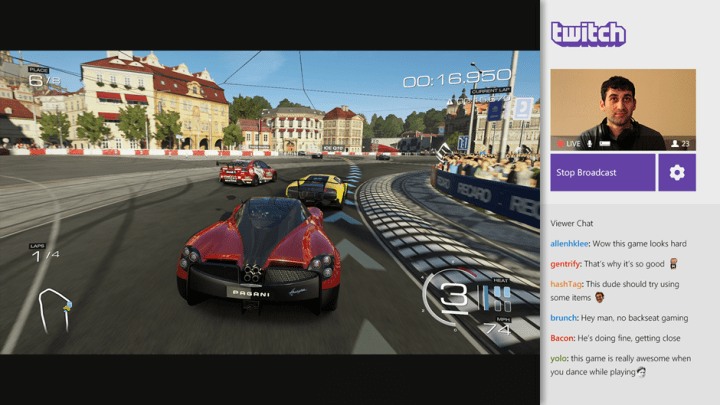 The launch of live game streaming on the Xbox One is still a week away, but Larry ‘Major Nelson’ Hryb took to Twitch last night to show off why the feature has been mysterious absent for the past few months. Reddit user rotj used Twitch Analyzer on the Xbox One stream last night and discovered that the quality of the stream is noticeably better than that of the PlayStation 4.

The resolution of the broadcast was determined to be 1280 x 720, running at 30 frames-per-second and a bitrate of 2.5 Mbps. A typical PS4 stream comes in at 960 x 540, 30 fps and around 1.7 Mbps. Along with the boost in quality, Xbox One streamers will also be able to view the chat without showing it on the stream, will be able to speak in party chat without broadcasting the audio, and most importantly, will have the ability to archive their streams on Twitch.tv.

Microsoft and Twitch took their time getting the highly anticipated feature ready, and it looks like it’s going to pay off next week with the simultaneous launch of Titanfall.