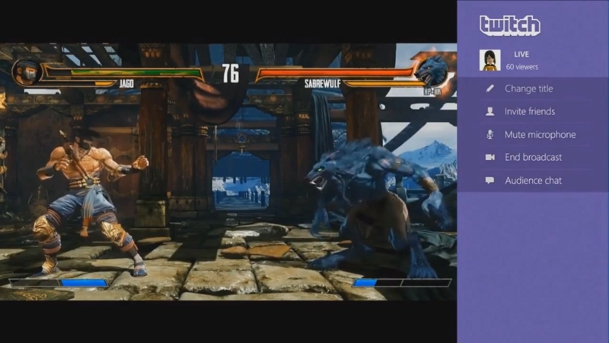 Twitch streaming on the Xbox One might have been worth the wait after all. The Associated Press reports that Twitch will be bringing its increasingly popular streaming service to the Xbox One on March 11th to coincide with the launch of Titanfall. Not only will Xbox One owners be able to stream their games live on Twitch, the Xbox One version of the service will also feature voice controls to initiate streams, plus the ability to archive recorded streams and join in on other broadcasters’ games. The PlayStation 4 Twitch app has been criticized primarily for its inability to archive streams. Although the app has been delayed extensively, Xbox One owners will be receiving the full-featured Twitch experience in return for their patience.

“It’s complete integration,” said Emmett Shear, co-founder and CEO of Twitch. “It’s exciting because we’ve never had the ability to broadcast from a console like this with such a deep level of integration. The concept of being able to join a broadcasters’ party is really cool, and it’s another step in the direction of interacting more closely with broadcasters.”

Between the Titanfall bundle and the massively upgraded Twitch integration on Xbox One, Microsoft is finally setting its sights on the PlayStation 4. Sony hasn’t had much of a problem maintaining its position ahead of Microsoft so far, but the console race is looking to heat up once again.