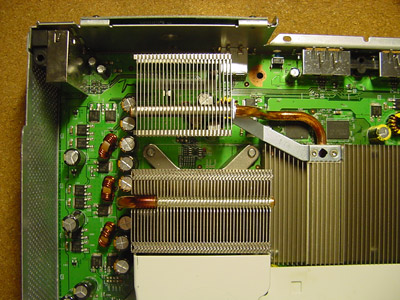 Since it’s launch the Xbox 360 has been causing users to turn up the air conditioning in their house, and 3rd party developers to create products to reduce the excess heat that it puts off. Microsoft seemingly decided to install a second heatsink in the 360 near the system’s GPU. This new heatsink has been spotted in a few units, but there is no word if they are units sent in for repair or new 360s. Either way it’s a welcome addition to the system, and we can only hope a standard part included on the system from here on out. A cooler Xbox 360 if anything it will help reduce this darn global warming.