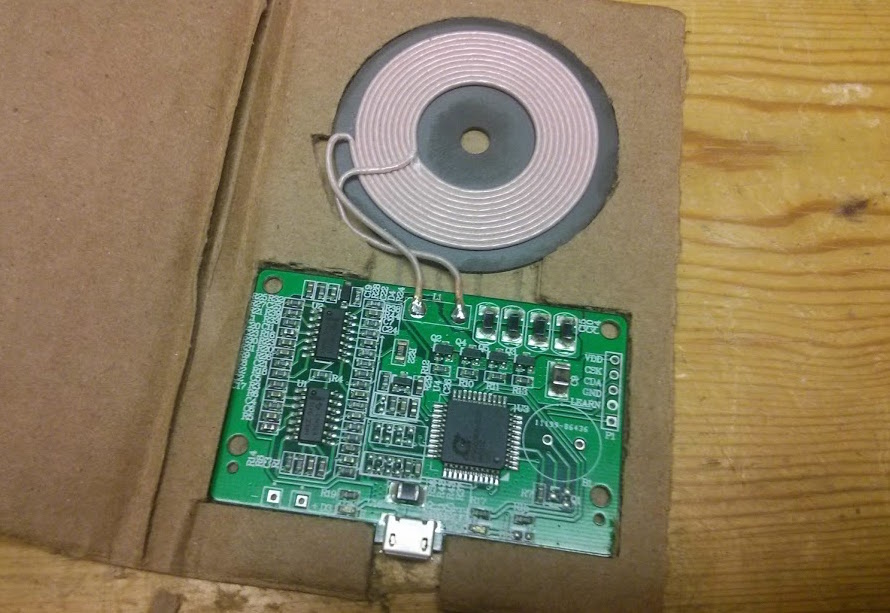 This is definitely something you may not want to try at home. A Redditor who goes by the name of PAY_CLOSE_ATTENTION has just posted some pictures of what they describe as a “$7 ghetto totally-not-a-fire-hazard QI charger,” and it’s definitely one of the riskier do-it-yourself projects we’ve seen in recent memory.

RELATED: No, the iPhone 6 doesn’t wirelessly charge if you put it into a microwave

Essentially, the Android user had ordered some modules off Alibaba that were going to be used to build a wood-encased wireless charger. However, when the user’s Android phone’s charge port broke and they didn’t have time to create a nice wooden case for the modules, they had to improvise.

The result is a Qi wireless charger that is fully functional but is also encased in cardboard that its inventor says is “probably” a fire hazard. As you can see in the picture posted above, the user cleverly cut out sections of the cardboard to fit the shape of the modules and then slapped some electrical tape at the bottom of the charger where it connects with an adapter cable.

It goes without saying that this should only be a stopgap measure before the user can get themselves a real wireless charger. While we admire the ingenuity on display here, having a cardboard-encased electrical charger hanging around for too long strikes us as an unwise idea.

Check out more pictures over at the user’s Imgur page at the source link below.