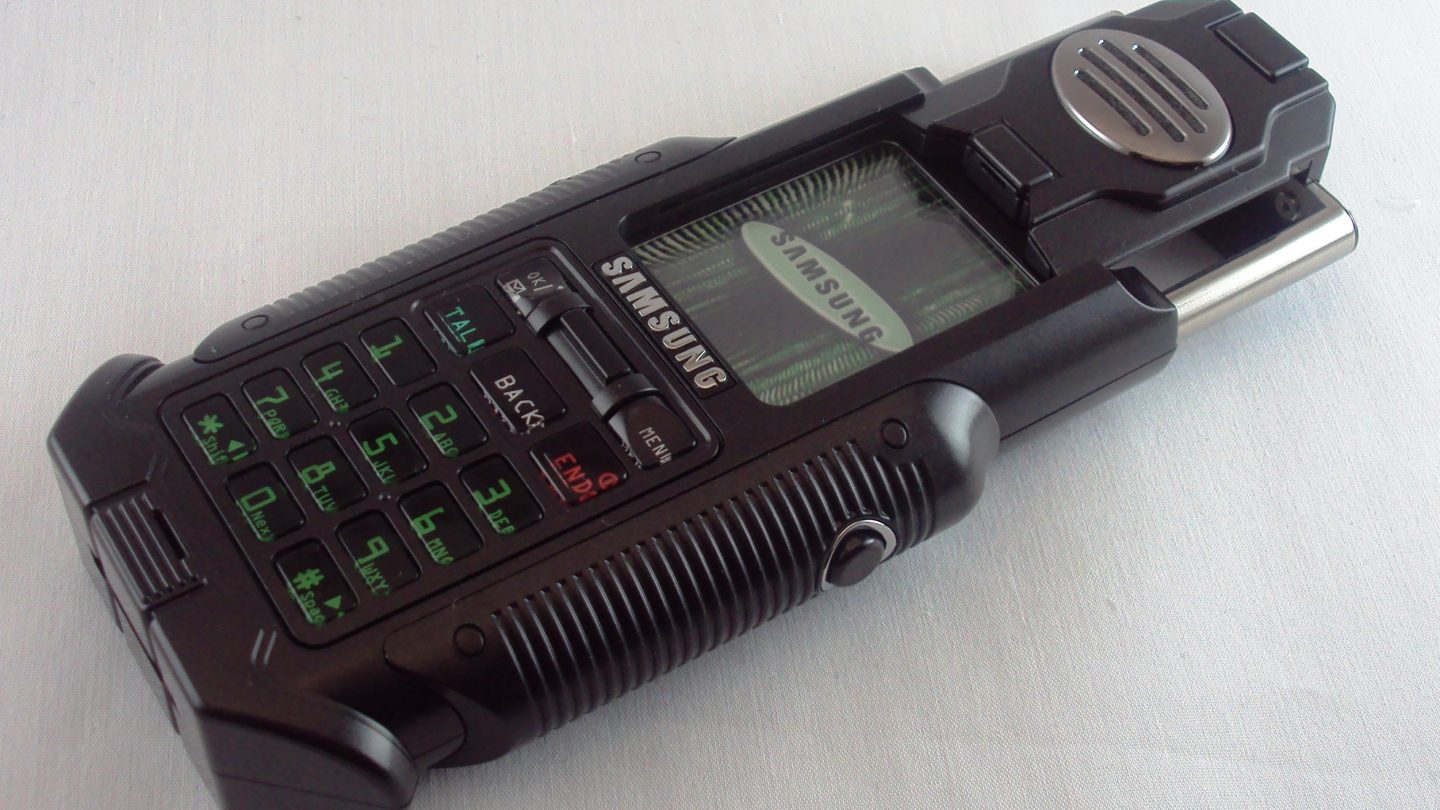 Maybe we should stop whining about the fact that the Galaxy S5 looks like a band-aid — things could be much worse. Redditor Vastrax reminds us of a Samsung released more than a decade ago that we’ve tried to wipe from our memories because it was so ugly that it even makes HTC’s notoriously hideous Evo 4G LTE look stylish by comparison.

Yes, we’re talking about the Samsung SPH-N270, a phone whose Wikipedia page informs us was designed in close collaboration with the design team from the Matrix films as a collector’s item for fans of the film. The phone’s overall design is so antithetical to simplicity that if you shoved it in Jony Ive’s face he’d hiss at you while his skin would start to boil, thus forcing him retreat to the safety of his underground lair deep below the surface of Cupertino.

Even worse than its design, the device itself was far from cutting edge even back in 2003 — per its Wikipedia page, “the phone did not support Bluetooth or IrDA and had no video orMP3 capabilities” and “no web browser or means of sending text messages was included in the firmware.”

All told, it’s a good thing that Samsung has moved on to making smartphones. Even if we have some gripes about their designs, they’re still head and shoulders above Samsung’s efforts at making a Matrix phone.