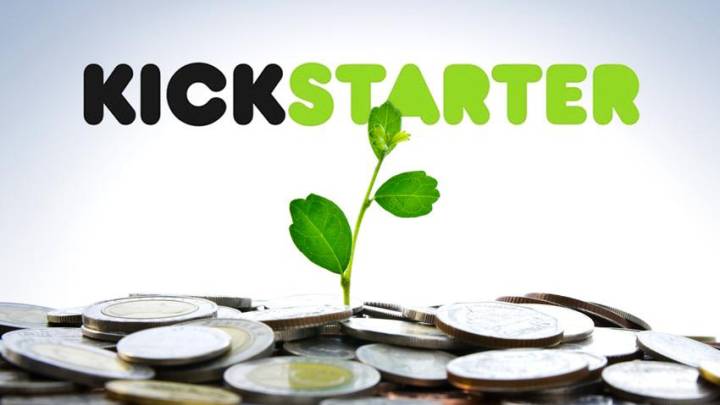 Not every original and innovative idea happens to be a good one. If you want proof of this, look no further than Kickstarter, which is overloaded with amazingly crappy projects that are either the brainchildren of demented lunatics or outright scammers. Thankfully, there’s a Reddit community called /r/shittykickstarters that keeps track of all these terrible ideas so we don’t have to. For your amusement and horror, we present you with the 10 worst Kickstarter projects that we’ve discovered through this subreddit in just the last month alone.

Most of us have dreams in life, but most of those dreams don’t involve giving fish the power to drive shopping carts. The wizards at Dutch company Studio diip, however, think that driving fish are the way of the future, which is why they recently asked for a little less than $55,000 to build Fish on Wheels, a vehicle that mounts a fish tank onto a cart that’s equipped with motion sensors that turn the cart’s wheels depending on the direction the fish is swimming.

Unsurprisingly, not very many people liked the idea of having their fish zoom mindlessly around their houses in a cart and knocking over their things — the project raised just over $7,000, which put it well short of its goal.

All of us have, at one point or another, looked up the histories of our favorite video game characters on Wikipedia. After all, it’s occasionally fun to remember how lame some of the boss robots got by the time Mega Man 6 rolled around (anyone remember Centaur Man?!). However, it’s doubtful that any of us would really want to spend money on a full book detailing our favorite characters’ histories, especially when all that information is online for free and it’s really, really not that important.

Don’t tell this to Australian author William Stalker, however — he wants to raise $52,000 just so he can write a detailed history of video game characters.

Why in God’s name does he need so much money just to write the biographies of Mario and Luigi, you ask?

“Funding for this project will be used to research characters histories and how they become what they are today, this will cause me to buy journals and find suitable sources to use within the book so all historical facts are true and would  even like to request some interviews with leading game development companies like Nintendo, Sony and Microsoft and the voice behind Mario ‘Charles Martinet’ to get the true history of many iconic characters,” Stalker explains in one amazing run-on sentence.

So far, he’s only raised $520 and he only has one backer, most likely himself or his grandmother. He does still have more than 40 days to go, however, so his dream isn’t quite as dead as Fish on Wheels just yet.

Who among us hasn’t ever said to ourselves, “I want a top that can spin vertically on a wall?” If only those tricky laws of physics didn’t get in our way, we’d probably be enjoying our magical wall tops right now.

California man Liang Axis thinks he’s cracked the code and has figured out how to make a device that most of us consider “impossible by the laws of physic.” The Space Spinning Top is based on a “novel physic theory that brings a fantasy into the real life” and comes from a “fantasy being a real physics.”

The best part of Axis’s Kickstarter page is that he details all of the times he sent schematics of his invention to actual physicists but “none of them responded him or responding him positively.”

He’s looking to raise over $18,000 to produce this magical physic-defying fantasy reality, but so far he’s only raised $46 from five backers.

All great innovators dream of disrupting an established product or industry, much like smartphones and tablets have disrupted PCs and how online media has disrupted newspapers. Massachusetts resident Vitaly Dobromysln has a different vision, however: He wants to disrupt beer pong, the classic drinking game we all played in college that involved throwing ping-pong balls into cups of Busch Light and getting way, way too plastered for our own good.

Dobromysln’s invention basically consists of a small beer pong setup that consists of flashing lights, dummy beer cups with holes cut in their bottoms and a separate beer dispenser that will automatically fill up cups of beer when you get a ball into one of the dummy cuts. This sounds confusing but the point of it is to make setup where you won’t spill beer all over the place when you get a ball into a cup and you won’t have to drink from someone else’s cup, only your own.

In all, it’s not the most terrible idea I’ve seen on Kickstarter, but what makes it awesomely bad is what Dobromysln is seeking for his project: $97,000. So far he’s raised a mere $501 from two backers. His chances of succeeding don’t seem all that great.

We’ve seen a lot of bad ideas being pushed by delusional people so far but this one might be the baddest idea pushed by the most delusional person yet. A man from the Netherlands is seeking more than $1.3 million (!!!) to film a twerking contest on a tropical island. In fact, the Twerk Island Kickstarter page is so bad that we have to conclude it’s either a practical joke or was concocted by the laziest and most inept scammer in the history of the world.

How bad is this Kickstarter? First, the video for the page is literally a one-second still shot of a picture of an island with the words “Twerk Island” written underneath. I am not making this up. Second, the man behind the film claims, without any sort of sourcing, that Twerk Island “will also be broadcast During the week by MTV.”

And finally, this Kickstarter might have the single crappiest set of backer rewards the world has ever seen. You need to donate €100 (USD $136) just to get a copy of the Twerk Island DVD. After that, if you donate… wait, that’s it? That’s the only reward? €100 for a Twerk Island DVD?? And you have to throw in an extra €100 if you live outside the Netherlands??? Get outta here, ya maniac! No wonder you’ve raised less than $50 from only one backer so far.