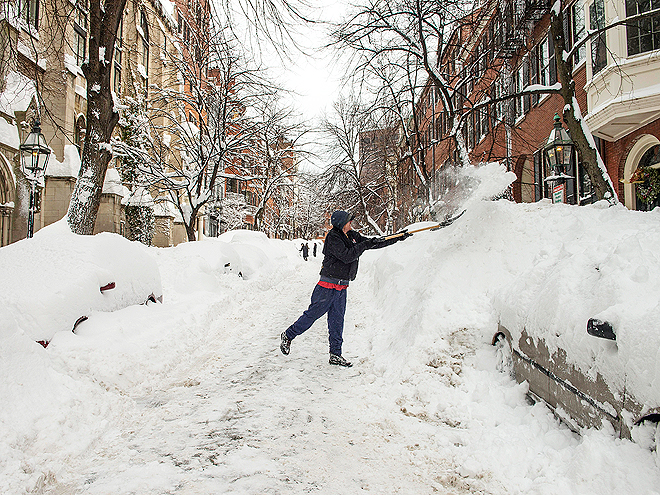 Anyone who’s lived in Boston knows that we get very territorial about our parking spaces during blizzards, and with good reason. It takes a long time to properly shovel out and maintain a parking spot, particularly when the city’s plows create huge walls around your car simply because they have no other place to dump the excess snow. With this in mind, we couldn’t help but chuckle at the extreme lengths one Boston driver went to exact revenge on a neighbor’s car after it grabbed his parking spot.

RELATED: Someone dressed up as a yeti is stalking the snow-covered streets of Boston

It all started when the Bostonian, who doesn’t want to be identified for fear of reprisal, came home from his shift as an Uber driver to find that another car had taken the spot he had worked so hard to dig out. There were two things about this offense against Boston winter etiquette that made it particularly egregious:

Most people in this situation would have either let it pass or have done something truly destructive such as keying the offending car or slashing its tires. Instead, however, this aggrieved Boston driver found the perfect form of revenge: He re-shoveled the snow into the parking spot, thus burying the rival car under a mound of snow.

The man then posted a picture of the newly buried car on Craig’s List as a warning to anyone else who would even think of stealing his spot in the future, as you can see in the picture below.

“I’ve lived in Boston for years and I’m from New England,” the man told Boston.com. “This was just not a cool move. I’m getting home at midnight and I had nowhere to park.”