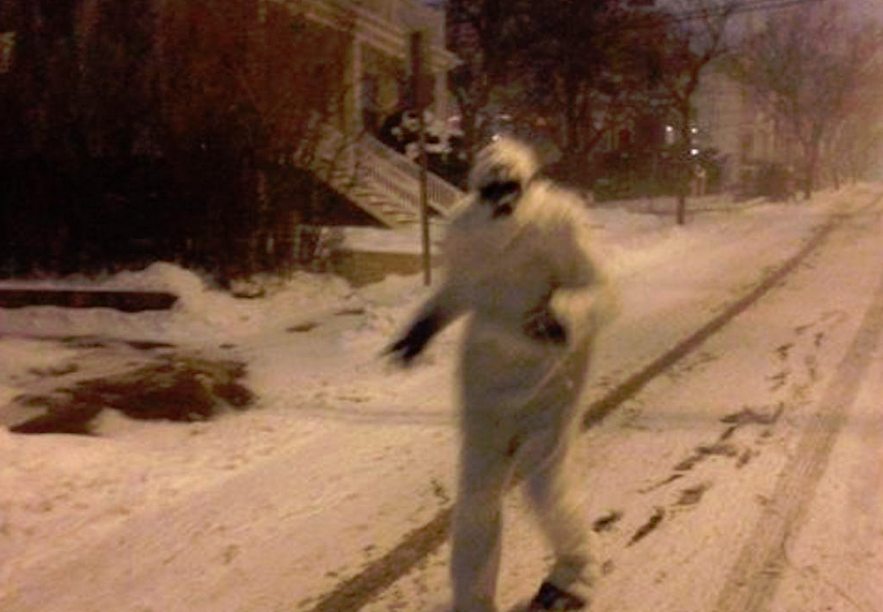 How bored is one Boston resident right now? So bored that they’re willing to dress up in a yeti suit and send out pictures of themselves stalking the streets at night on Twitter.

RELATED: Tonight’s snowstorm looks absolutely devastating and could be the worst ever

The first sighting of the yeti came at around 10:00 p.m. ET on Monday evening and the beast has subsequently posted more pictures of itself roaming through roads in Somerville, as you can see below.

The creature declined to reveal its true identity and has told ABC News that it “was raised and educated by the woods,” which we’re going to assume isn’t just a metaphor for Somerville’s public school system.

To track the beast for yourself, be sure to check out its official Twitter account at the source link below.