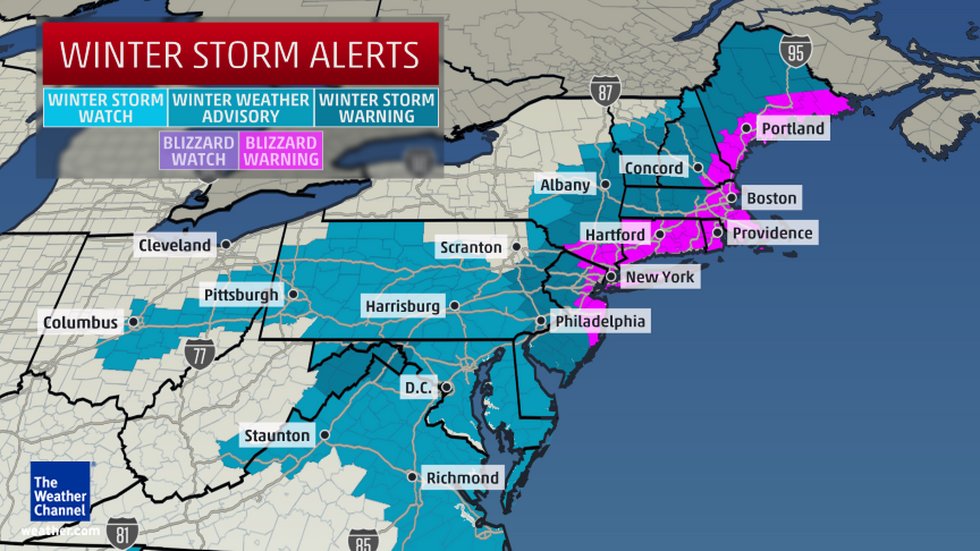 Get ready to batten down the hatches, Northeastern America: We’re in for a potentially devastating blizzard. The Weather Channel is confirming our worst fears, as the mega-blizzard known as Winter Storm Juno is still barreling toward us.

How bad are things looking right now? The Weather Channel writes that the National Weather Service is so confident in its dire predictions of a massive storm that it’s decided “to issue blizzard warnings well in advance of the storm from the New Jersey shore all the way to Downeast Maine, including the cities of New York City, Boston, Providence, Hartford and Portland.”

At the moment, Portland, Providence, Hartford and Boston are all forecast to get slammed with up to two feet of snow, while New York is forecast to get up to 18 inches of snow. And it’s not just the snow either: The Weather Channel says that “sustained winds will likely be 20 to 40 mph in a large area with gusts up to 55 mph” during the storm as well. Even worse, several coastal downs have been warned of flooding as a result of the storm, thus making this blizzard potentially a triple-threat of destruction.

Basically, you should get all of your errands done by early Monday afternoon on the East Coast and then prepare to hunker down for the next two days. It’s going to be ugly.