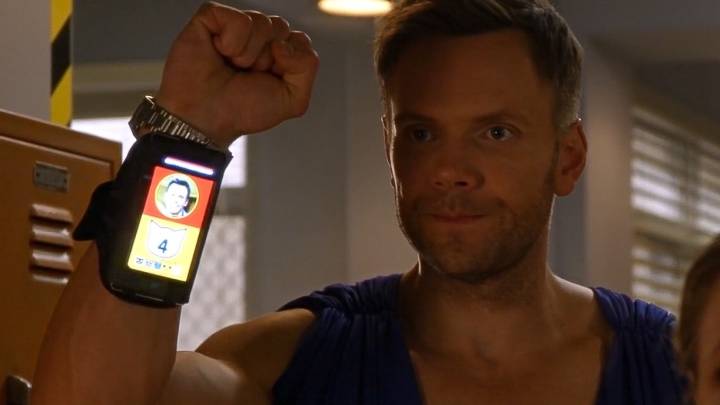 One particularly funny episode of the sitcom Community imagined the dire consequences of what would happen if a smartphone app gave you the power to rate everyone you know from one star to five. Amazingly, one company took a look at the show’s predicted dystopian future of ruined friendships and thought it was a great idea. As The Washington Post reports, a new app called Peeple is set to go live in November that will let you rate all of your fellow humans from one star to five stars. This is no way this won’t end in tears.

FROM EARLIER: We can’t stop watching this slow-motion video of a tennis racket slicing through Jello at 2500fps

“When the app does launch, probably in late November, you will be able to assign reviews and one- to five-star ratings to everyone you know: your exes, your co-workers, the old guy who lives next door,” the Post writes. “You can’t opt out — once someone puts your name in the Peeple system, it’s there unless you violate the site’s terms of service. And you can’t delete bad, inaccurate or biased reviews — that would defeat the whole purpose.”

OK, I simply cannot imagine the chilling effects this app will have on human social interaction if it ever becomes popular. Everyone at parties will be walking on egg shells for fear of getting a dreaded one-star Peeple review. Controversial ideas or opinions will be stashed away so you don’t find your ratings crushed the next day. The unpopular kid at school will be nicknamed “One-Star Willy” and will be haunted by his low social standing for the rest of his life.

How does the team behind Peeple justify unleashing this monstrosity?

“People do so much research when they buy a car or make those kinds of decisions,” Julia Cordray, one of the app’s founders, tells The Washington Post. “Why not do the same kind of research on other aspects of your life?”

Part of me is tempted to sign up for this service just to give Cordray herself a one-star rating, but there’s no way that I want angry tech fanboys to find my profile and hammer me with angry reviews telling the world that I’m a “bias iTard.” Let’s just hope this app crashes and burns so we may never speak of it again.