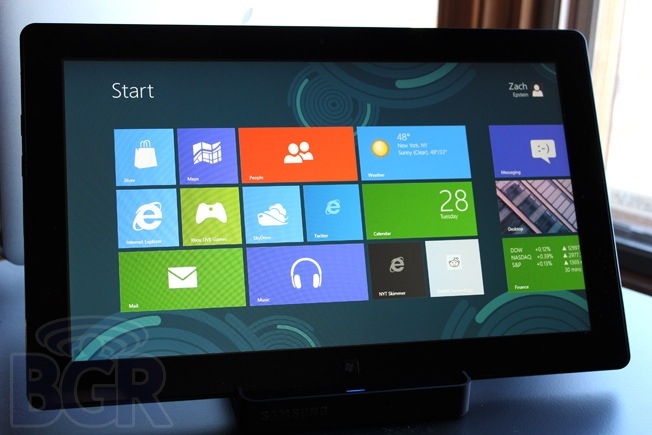 OEMs just can’t help themselves. For years, one of the most annoying aspects of PCs has been that OEMs have clogged up their machines with tons of bloatware that most normal people never use and that takes up significant storage space. And according to a new report from InformationWeek, bloatware is still a significant issue for Windows 8 computers, despite Microsoft’s (MSFT) best effort to steer OEMs in the right direction with its Surface tablet.

To get a sense of how bad this is, consider that Lenovo’s ThinkPad Twist — an enterprise-centric PC, mind you — comes preloaded with Fruit Ninja. Now, you may think Fruit Ninja is a lot of fun, but is it really something that a CIO would want to see preloaded onto machines when IT departments haven’t even installed mission-critical business apps onto them yet? And it’s not only Fruit Ninja, either: The ThinkPad Twist also comes with AccuWeather, Amazon Kindle, the BlueStacks Android app player, Evernote, Expense Management, a trial version of Microsoft Office, the Rara music streaming service and Skype.

Not every Windows 8 OEM decided to take the same path as Acer and Lenovo, mercifully. InformationWeek says that Samsung (005930) smartly kept bloatware to a minimum on its ATIV Smart PC and was the only OEM to not install any third-party software onto its machine. Other PC manufacturers could take a lesson here: decisions like this are one of the many reasons Samsung has been doing well over the past couple of years.