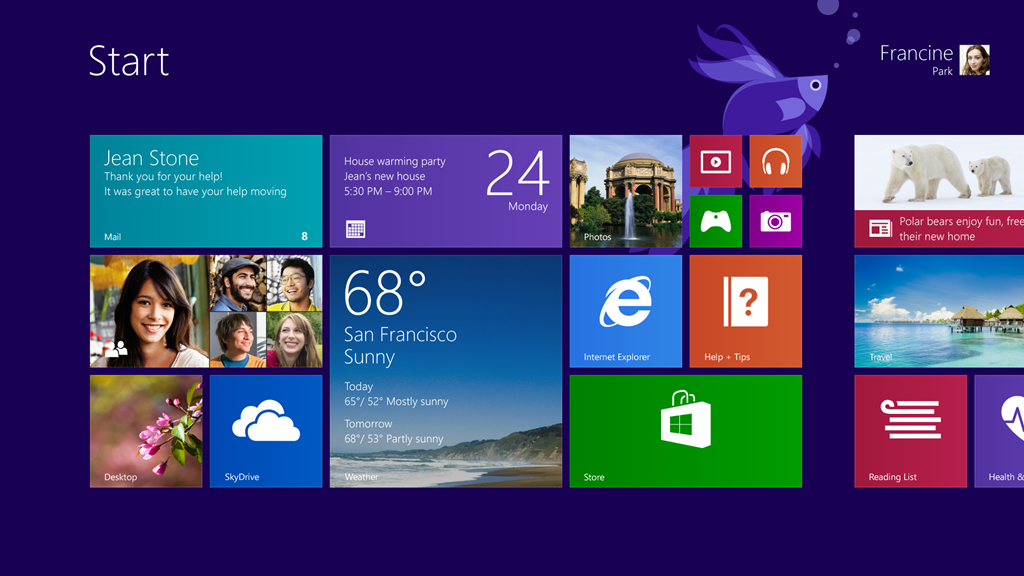 When Windows 8 launched in 2012, Microsoft struggled to convince users that they should make the switch. The new UI was unfamiliar and unresponsive, the critical reaction was skeptical at best and most importantly, there wasn’t really anything wrong with Windows 7. In fact, two years later, Windows 7 still has an enormous lead over Windows 8, but with the latest software update, Microsoft has finally started turning users around on the new OS.

According to the latest data from StatCounter, Windows 8.1 became the fourth most popular operating system over Windows 8 in August with a 7.46% market share. OS X barely topped out Windows 8.1 with 7.82%, but perhaps unsurprisingly, both were beat out by an OS which was officially retired back in April: Windows XP.

Despite a massive decline since last August, Windows XP still retained a 12.92% share of the global market last month. At this rate, it’s going to be a race to see if Windows 8.1 can overtake the dead OS before Windows 9 hits the market within the next few months.

According to Russian hacker group WZOR, Microsoft is planning to introduce a substantial upgrade offer for Windows XP users when Windows 9 comes out in an attempt to lure them away from an operating system which is now more vulnerable than ever to malicious attacks. If Windows 9 is as feature-rich as the leaks have suggested, it might finally be enough to bury Windows XP once and for all.

Now Microsoft just has to figure out how to convince the 50.31% share of Windows 7 users around the world to upgrade…