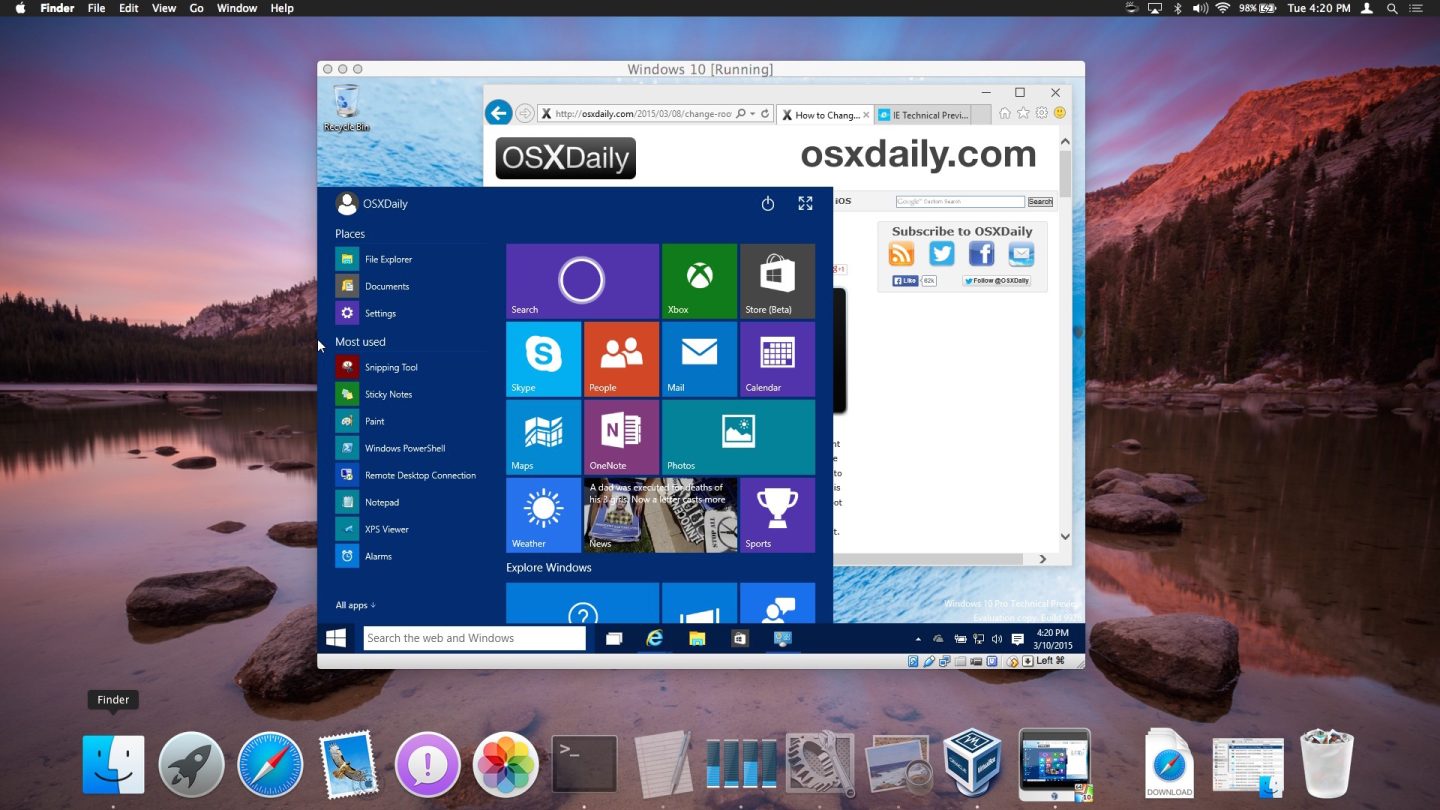 FROM EARLIER: Meet the $399 Android tablet that looks like a Surface Pro and brings Windows-like productivity

The procedure is rather simple, and involves creating a virtual machine on top of your Mac system, which will then run Windows 10 just like any other app. The process is easier than “configuring Boot Camp for a native Windows experience,” the publication says, and should offer a good enough preview to Microsoft’s upcoming operating system. Furthermore, you don’t have to be a Mac power user to actually be able to try out Windows 10 on a Mac, or any other Windows version that is.

In addition to downloading the free Windows 10 ISO from Microsoft, likely after signing up for the Insider program, you also have to download VirtualBox from Oracle, which is also available as a free download.

OS X Daily adds that you need at least 8GB of storage to install Windows 10, and a “reasonably speedy computer with sufficient RAM and CPU.”

The full guide that lets you install Windows 10 Technical Preview on Yosemite with help of VirtualBox is available at this link, complete with handy visuals to help you through every step of the way.