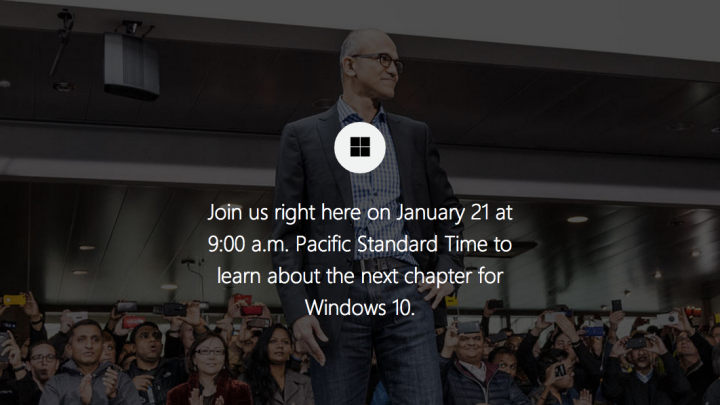 The first major Windows 10 event of 2015 has finally arrived. In just a few short minutes, you’ll be able to watch Terry Myerson, Joe Belfiore, Phil Spencer and Microsoft CEO Satya Nadella discuss the future of the Windows operating system and how it will affect everything in the company’s arsenal going forward.

Microsoft has been fairly tight-lipped about the details of the event, but there are a few things we’re expecting to see once the executives take the stage.

One of the most exciting aspects of the release of Windows 10 is how Microsoft is planning to bring all Windows devices up to speed with one another. By 2016, all of your Windows apps could be universally accessible between your PC, phone and tablet.

We also can expect to see more of the Windows 10 interface and the software that it will run out of the box. Cortana integration has not been officially announced, but leaks and rumors have pointed to the feature often enough that it can be considered a safe bet at this point. We also expect at least a mention of the new Spartan browser, if not a full demo.

Another focal point of the event will be Microsoft’s dedication to its vast gaming community. Phil Spencer, the head of Xbox, has alluded to this event repeatedly as one that PC gamers aren’t going to want to miss. Any cohesion between the Xbox One and the PC would be received enthusiastically by countless gamers.

The event beings at 12 p.m. EST . 9 a.m. PST. Be sure to head to the official Windows 10: The Next Chapter page on Microsoft’s website to watch it live.