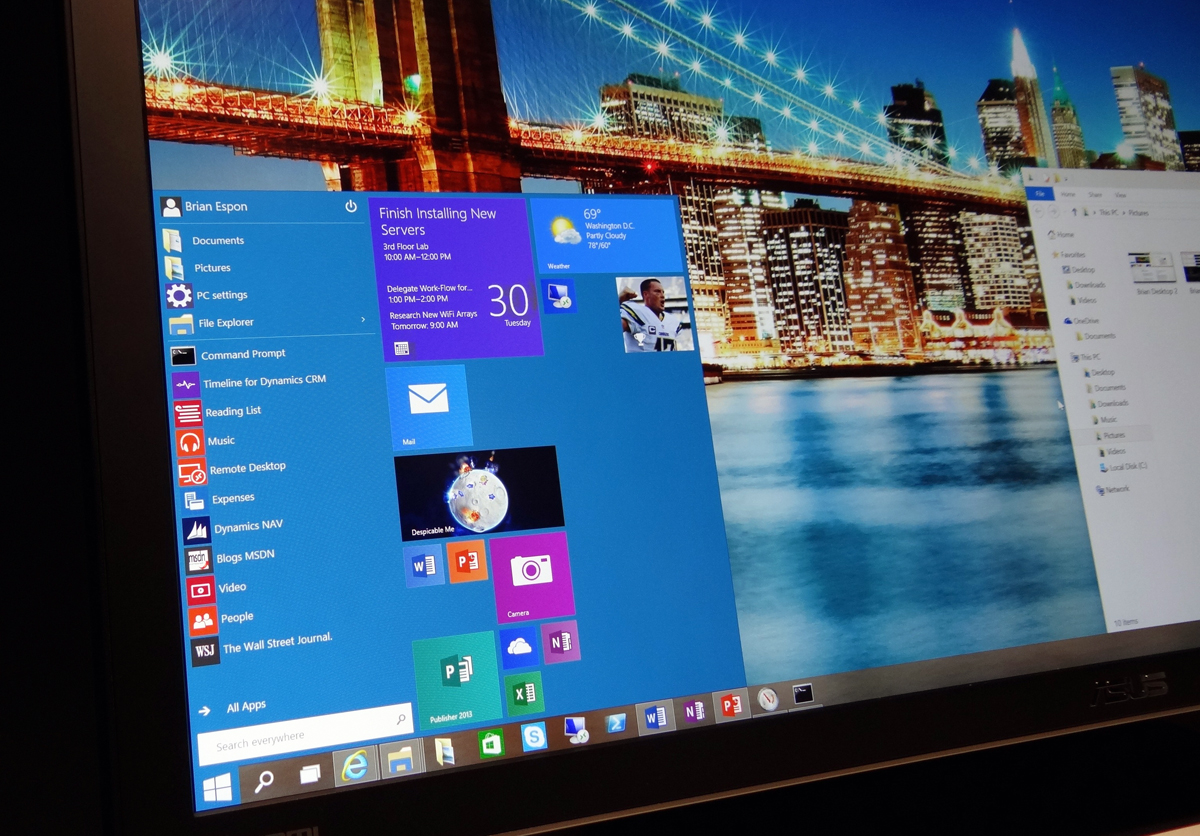 For many people, Windows 10 will mark the triumphant return of the Start menu. However, Microsoft’s newest operating system is shaping up to be so, so much more than that. Below we’ve listed five awesome new Windows 10 features that users are going to absolutely love and not one of them has anything to do with the new Start menu.

FROM EARLIER: Windows 10 will finally fix one of the biggest Windows annoyances

Windows 10 will give you a lot more usable storage space

Windows has gotten bigger and bigger with every new release. This hasn’t been a problem in the past since laptops and desktops have typically vastly increased their storage capacity over time as well. However, it seems we’ve hit a plateau for now when it comes to increased storage, which is one reason why Microsoft has worked to make Windows 10 take up a lot less space on your hard drive than previous versions of the platform.

How is Microsoft doing this? Among other things, it’s “redesigning Windows’ Refresh and Reset functionalities to no longer use a separate recovery image (often preinstalled by manufacturers today) in order to bring Windows devices back to a pristine state,” which “reduces Windows’ storage footprint further as the recovery image on typical devices can range in size from 4GB to 12GB, depending on the make and model.”

ZDNet recently reported that Microsoft is for the first time supporting the Fast Online Identity (FIDO) standard that the publication says will “enable password-free sign-on for a number of applications.” FIDO is something that’s been in the works for years nowand has attracted the support of not only Microsoft but also Google, Samsung, Lenovo and LG, among other industry heavyweights.

So what will replace passwords? Per ZDNet, FIDO’s big focus seems to be on biometrics such as “face, voice, iris, and fingerprint” sensors like the fingerprint scanner found on Apple’s Touch ID systems. FIDO is also working on a password dongle that could essentially act as a skeleton key for all of your online accounts.

Internet Explorer was badly in need of a refresh but Microsoft has gone a step further with a completely new browser called Project Spartan.

Spartan has many cool looking features, including the ability to let you mark up web pages just as you would do if you were using a marker on a piece of paper and to share marked-up pages with people you’re working with that you can all work on the page using both touch-based and non-touch devices.

Spartan will also try to improve your overall reading experience on the web by letting you save content offline through a reading list that essentially freezes bookmarks in place and lets you read them later even if you have no web connection. It will also sync your reading list across all devices so you can read them on your phone if you’ve saved them on your PC and vice versa.

Cortana will work across phones and desktops now

Microsoft’s voice-based personal assistant has earned wide acclaim and it’s finally coming to your desktop  and laptop with Windows 10.  Microsoft has also smartly integrated Cortana into its Project Spartan browser to help you better navigate the web in a way that you never could with Internet Explorer. And because Cortana learns and adapts to your behavior, it can pop up and actually let you know things about pages you’re looking at. So for instance, if you have a gluten-free diet and you visit a restaurant’s website, Cortana can tell you whether there are gluten-free options on the menu.

You’ll be able to install updates faster than ever before

Recent leaks have indicated that Microsoft is actually embracing peer-to-peer technology when it comes to pushing out new updates to your Windows PC. This means that instead of relying on one source to get the latest software, you can potentially pulls bits and pieces of it from multiple Windows 10 machines just like you would when downloading a torrent.

All told, Microsoft has made a lot of very welcome changes and improvements to Windows 10 and we can’t wait to try them all out once the new software releases this fall.